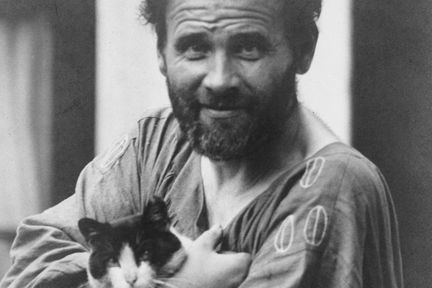 On swindle, art and Nazis – Madeleine Spence in The Times:

‘When Nora Stiasny arrived at Vienna’s School of Applied Arts, she was the embodiment of the high-society Viennese art scene in the final days of the Austro-Hungarian empire before the First World War. The niece of one of the city’s most influential art patrons, she was well connected and well heeled.
Stiasny joined a class taught by a famous Austrian architect and was soon engaged in an affair with his charming assistant, a goldsmith named Philipp Häusler, 11 years her senior.
Their relationship would lead to tragedy and a mystery that has only now been solved with the pending restitution to her family of a masterpiece worth well over £75 million.’

‘When Stiasny began her studies and fell in love with Häusler, he promised to marry her — not revealing that he already had a wife. Through their involvement, he came to know her family well and mingled in their elite, artistic circles. He came to know Zuckerkandl’s art collection well too.
After their affair had run its course, the lovers parted. Stiasny married a director at the sanatorium and had a son. In 1927 her uncle died, leaving her the painting, Rose Bushes Under the Trees.
Häusler moved to Germany and underwent a transformation, becoming a Nazi activist and possibly joining the SS — he certainly had a uniform made.
After Germany annexed Austria in 1938, Häusler returned to Vienna and made himself director of its Applied Arts School. After two weeks he was removed by the police for brutality. Then he went looking for his former lover.
Stiasny was vulnerable. The sanatorium had been taken over by the Nazis and most of her property stripped from her under anti-Jewish laws. “It was kind of a predation when he came back as a man in power,” said Emmanuel Coquery, curator in charge of provenance research for the d’Orsay team working on the case. “He knew her psychology, how to manipulate her.” Under pressure from Häusler and in an attempt to protect her family, Stiansy sold him her Klimt for less than 400 Reichsmarks, about an eighth of its real value. Four years later, she was murdered in a concentration camp. Her husband and son were killed in Auschwitz.
Her sister, Hermine Müller-Hofmann, survived by escaping to the Bavarian Alps, and after the war managed to track down Häusler. Letters in the Stiasny family archives show her attempting to reclaim the painting from him and being viciously threatened.
He denied ever owning it, claiming that a Klimt in his possession was a different landscape that he had bought in 1930. He also denied having been a Nazi. However, according to Coquery, his membership card still survives and is a vital part of revealing his true identity.
When Häusler died in 1966 he bequeathed the painting to his mistress, Herta Blümel, who sold it to a Swiss art gallery. By 1980, when the French government bought it for the national collection for 1.6 million Swiss francs, its history had been rewritten.
“When the Musée d’Orsay bought the painting, it showed a very clean and perfect provenance” Coquery recalled. “But Frau Blümel had lied when she sold it to the Swiss gallery, as Häusler had lied before her.”’

Sex, lies and Nazis, and art of course. A friend, who sent me this article, called it an 'complete and utter tragedy.' Yes.
To me the most interesting part of this story is the love affair between the student and the charming assistant who would later become a Nazi, and then after the he would viciously threatening the sister of his former mistress in order to keep his stolen art.

Apparently, it’s hard to say no to an opportunity or: art first, then morality.