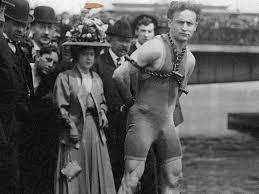 On homogenizing – Ben Smith in NYT:

‘The situation, widely viewed internally as insane, makes complete sense to those familiar with the recent history of the magazine. Harper’s first published an excerpt from “Moby Dick” in 1851, but has had a difficult couple of decades, sinking into obscurity as Mr. MacArthur battled the rising digital tide and his own staff. Now, Harper’s is the weirdest place to work in New York media and yet an unexpectedly excellent magazine that stands out in part because of its wide range, in style and substance, amid a homogenizing media landscape.
And among the surprises is its complicated relationship with its most famous recent product, the letter it published last year from writers and others decrying what they called “the intolerant climate that has set in on all sides.” To describe Mr. MacArthur, 64, as unlike most modern media publishers does not quite capture his unusual role. His paternal grandfather built the insurance and real estate fortune that produced MacArthur “genius” grants. He reads six print newspapers daily, including Le Monde, which he has printed and delivered every day by a special service. (His mother was French, and he is bilingual.)

When I met Mr. MacArthur, he was dressed in a classic style of the American rich, which is to say, indifferently, in a sport jacket, dark slacks, battered black shoes and a surgical mask. Mr. MacArthur earns $20,000 a year as the publisher of Harper’s, and his family foundation fully funds the nonprofit that has published the magazine since he rescued it from bankruptcy in 1980.
Back then, he brought back Lewis Lapham, the patrician and erudite editor, who created signature features like “Harper’s Index,” while making the magazine a destination for great writers and unapologetically left-wing journalism. The magazine’s unpaid internship was a legendary path to magazine glory. When I got out of college in 1999, I envied a friend who landed one. Harper’s was then, with The New Yorker and The Atlantic, one of the three great general-interest American magazines.’

‘After Mr. Lapham departed in 2006, Harper’s drew attention mainly for its internal eruptions. Mr. MacArthur has switched top editors six times since 2010. Employees organized a union in that year, in a direct challenge to his management. Mr. MacArthur dug in, fighting it for years before triumphing in 2015, when the employees remaining in the bargaining unit voted to pull out of the union.
By then, Harper’s had dropped almost entirely out of the political and cultural conversation. But if you were a young editor who aspired to publish great work, or a famous writer who wanted to get paid for something ambitious and unconventional, Harper’s never really went away. And Mr. MacArthur kept donating more than $4 million a year without complaint.’

‘A major exception came in 2018, when he demanded a broadside against what he has described elsewhere as the “the worst excesses of the #MeToo movement,” including the circulation of a list of anonymous allegations against men in media. But instead of changing the narrative, Harper’s became the news, blundering into a messy pre-publication Twitter debate over whether it had intended to publish the name of the woman who had compiled the list. Inside Harper’s, too, two former employees told me, the article was seen as the unfortunate cost of working for Mr. MacArthur. The editor at the time, James Marcus, wrote an editor’s note declaring himself “impossibly ambivalent” about the tension between the danger of anonymous allegations and the need of women to defend themselves in the workplace, according to a draft I obtained. Mr. MacArthur rejected the language and soon fired Mr. Marcus.
While editors came and went, Mr. MacArthur remained serenely in the corner office. In 2019, Mr. MacArthur gave the top job to Christopher Beha, a former Harper's intern who had been living in Paris writing a darkly comic novel about the post-9/11 American media. And so last July, when another American expatriate in Paris, Thomas Chatterton Williams, was looking for a place to publish a broadside against the “intolerant climate” to which some of the most famous writers in the world — Salman Rushdie, J.K. Rowling and Margaret Atwood, among others — had signed their names, he emailed Mr. Beha. The letter was already finished and approved, but Mr. MacArthur liked it enough to add his name, and Mr. Beha published it in full online.
It was, for Harper’s, a sensation, receiving 2.5 million views. The magazine — whose paywall is now more porous, but is still years behind the kind of digital subscription machine that drives The New Yorker and The Atlantic — grew its subscription base 13 percent and bounced back above 100,000 subscribers. It is still far down from a peak of 231,670 during the George W. Bush years, and so far from breaking even that Mr. MacArthur told me he hadn’t done the math of what it would take to get there.’

‘Though he has contributed to Harper’s only twice over 40 years,Mr. MacArthur writes an occasional column in French for the Montreal newspaper Le Devoir. (In another Harper’s oddity, the column is translated back into English by someone else, then published without further editing on the Harper’s website.) There, Mr. MacArthur described the letter as “a public stand against political correctness and ‘cancel culture.’” Earlier this month, he denounced the “McCarthyism and mob rule” at work when The New York Times forced out a veteran journalist who had used a racial slur on a trip with teenagers to Peru. Mr. MacArthur wrote the word in full, “a matter of honor, as a matter of principle, to use it informationally like he did,” he told me.
But Mr. MacArthur’s columns don’t appear in the print magazine. Relatively little railing against cancel culture does. And indeed,there’s also another way to read the Harper’s letter, which is simply its plain language, which called for a “culture that leaves us room for experimentation, risk taking, and even mistakes.” That’s how Mr. Beha said he has strained to interpret it, and why he’s avoided taking Harper’s down an overtly reactionary — if commercially promising — path.’

‘Mr. Williams, now a Harper’s columnist, said Harper’s was “not anti-woke but is simply not woke.”’

‘The January cover featured perhaps the best piece of first-person writing on the pandemic, Ann Patchett’s uncategorizable, 20,000-word “These Precious Days,” which is about storytelling, death, Tom Hanks, Tom Hanks’s personal assistant and psychedelic mushrooms. Other major recent features include Naomi Jackson’s meditation on giving birth while Black, two essays questioning whether American democracy can survive, a warning that meditation may lead to suicide and an article about a woman who talks to crows. Two recent covers feature the director Martin Scorsese raging that “the art of cinema is being systematically devalued” in favor of “content,” and the writer Lena Dunham reckoning with her inability to bear children.
Central to some of Harper’s best work are stories of dislocation rooted in a basic skepticism of the American free market. Chloé Zhao’s film “Nomadland,” which tells the story of Americans who can’t afford to retire roaming the country in R.V.s and working seasonal shifts at Amazon warehouses, began its life as a feature by Jessica Bruder in Harper’s in 2014 about “geriatric migrant labor.” “Among prestige publications at the present moment, race, gender and sexuality are the big three,” said the chairman of the Harper's board, Andrew Bacevich, who is a professor emeritus of international relations and history at Boston University. “I’m not saying that’s wrong — I am saying that Harper’s tends to represent a different view. It’s a reminder that class still matters.” Among Harper’s many contradictions is that a magazine with such powerful purchase on the story of America’s class divides is also a vehicle for them. Mr. MacArthur’s generosity doesn’t extend to interns, who are still unpaid — a practice his spokeswoman maintained is legal because the program is a nonprofit educational initiative. Junior staff members earn salaries you can’t live on in New York.

Ms. Nwangwa told me she’d loved the ambition and generosity of the editors. But she was making $37,000 a year with no immediate prospect of a raise. And, she thought, she was likely to remain the only Black editorial staffer at a place that relied on people who didn’t need the money. On her last day, Mr. MacArthur popped by her cubicle genially, sending her diving for her face mask, and asked her what The New Yorker was going to pay her.
“Well that’s too bad,” she recalled him saying when she told him. “You know we can’t pay anybody close to that here.”’

I’m not a Zionist, but I’m definitely not an anti-Zionist. In the same way I’m afraid that I’m not woke, but I’m also not anti-woke.
I would even hesitate to say that I’m anti-anti-Semitism, too much honor for the anti-Semites.

To be something is an ugly business.

The haughtiness to think you can be more than an escapologist.