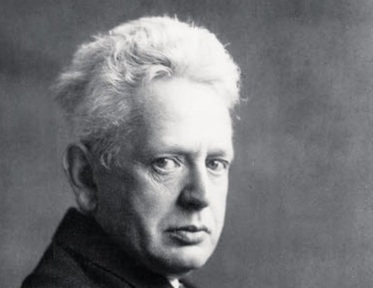 On Davos, the original sin and magical thinking – Adam Kirsch in NYRB:

‘The three volumes of The Philosophy of Symbolic Forms focus on language, myth, and science respectively, offering fascinating, if necessarily fragmentary and speculative, accounts of how each develops in the direction of increasing freedom and universality. This essentially affirmative view was “out of tune with its time,” as Peter E. Gordon writes in his preface to the new edition. Yet Cassirer knew the darkness of the time as well as anyone. Born in 1874, he became a leading figure in German philosophy before World War I, though his Jewishness kept him from being appointed to a professorial chair until 1919. But his academic career was cut short in 1933, when the Nazis, as one of their first acts, prohibited Jews from teaching in universities.’

‘Then, in the 2000s, the tide began to turn. In Ernst Cassirer: The Last Philosopher of Culture (2008), Edward Skidelsky wrote semi-ironically of the “Cassirer industry” that had already sprung up in Germany. Skidelsky’s book was followed in English by Gordon’s magisterial Continental Divide (2010), a detailed analysis of a storied 1929 debate between Cassirer and Heidegger in Davos, Switzerland. In 2013 Emily J. Levine’s Dreamland of Humanists proposed that the Frankfurt School had a rival in a “Hamburg School” centered on Cassirer and Erwin Panofsky, both of whom did research in that city’s Warburg Library.
The renewed interest in Cassirer has led to new editions and translations of his work, including several by Steve Lofts, who has now translated The Philosophy of Symbolic Forms. It has even begun to trickle down into popular intellectual history. Wolfram Eilenberger’s Time of the Magicians (2018), a best seller in Germany that appeared in English last year, is a fast-paced group portrait of four thinkers who “reinvented philosophy” in the 1920s: Heidegger, Benjamin, Cassirer, and Ludwig Wittgenstein. It’s safe to say that a similar book written twenty years ago would not have included Cassirer in that company.
Yet even the scholars who helped revive interest in Cassirer can be reticent about making claims for his achievement. In his preface,Gordon warns that “certain features of Cassirer’s work have grown antiquated and unpersuasive,” particularly his belief in cultural progress, which is “altogether intolerable.” Skidelsky writes that he began his book intending to make “a plea for Cassirer’s continuing importance, a protest against decades of neglect,” but that as he delved deeper he realized that “the problems facing Cassirer’s enterprise were far more serious than I had initially supposed.” He even speculates that the roots of the Cassirer revival are “more political than philosophical,” particularly in Germany, which is “in desperate need of figureheads who are cosmopolitan in outlook yet distinctively German in intellectual style. Cassirer fits the bill perfectly. That he was Jewish and an enemy of Heidegger also helps.”’

‘If Heidegger the Nazi is a more profound and significant thinker than Cassirer, who was a prominent defender of the Weimar Republic, what does that tell us about the relationship between philosophy and politics, between profundity and morality? As Gordon shows in Continental Divide—which includes a full transcript of the debate—the Davos encounter focused on the proper interpretation of Kant, not an obviously dramatic subject. But to the young people in the audience, it was clear that what was really at stake was the fate of an intellectual generation. Otto Friedrich Bollnow, a student of Heidegger’s who helped transcribe the speakers’ remarks, recalled years later: One sensed the encounter between two ages: one, an inheritance that had come to its ripe unfolding, was embodied in Cassirer’s imposing form, and, over and against him, the embodiment in Heidegger of a new time, breaking out with the consciousness of a radically new beginning.
The antagonists were well cast. Cassirer, fifty-four, was at the height of his authority as an interpreter of science and culture in the Kantian tradition; he would publish the concluding volume of The Philosophy of Symbolic Forms later that year. Heidegger, thirty-nine, was already established as the leader of the postwar generation, thanks to the pioneering existentialism of his book Being and Time (1927). Bringing the two together was intended to strike sparks. The International Davos Conference, an academic colloquium designed to foster international dialogue after World War I, was only in its second year, and its organizers hoped the Cassirer-Heidegger debate would help them repeat the success of the inaugural meeting, when Albert Einstein was the headliner.
The intellectual difference between the two men was compounded by the social, political, and even physical contrasts. Cassirer—tall, white-haired, and patrician-looking, the product of an affluent and culturally prominent family—was a perfect standard-bearer for the philosophical establishment. But the students in the audience responded much more to the combative charisma of Heidegger, who grew up poor in a rural Catholic family and liked to present himself as a man of nature rather than culture. At Davos, Gordon writes, Heidegger made time to go skiing; he enjoyed causing a sensation by showing up in the hotel lobby in a ski suit instead of evening wear.’

‘For Cassirer, the Kantian idea that the human mind creates its own world through the use of symbols was an essentially hopeful one. At Davos, he argued that this creativity is what allows human beings to achieve a kind of transcendence: “The spiritual realm is not…metaphysical…; the true spiritual realm is just the spiritual world created from [man] himself. That he could create it is the seal of his infinitude.” To Heidegger, this sounded like the kind of complacent humanism he despised. If there was anything his thought insisted on, it was human finitude—the way our experience of the world is defined by mortality, anxiety, and nullity. “It is only possible for me to understand Being if I understand the Nothing or anxiety,” he argued at Davos. Skating close to open insult, he contrasted “the lazy outlook of a man who merely uses the works of the spirit” with the genuine philosopher, who is intent on “throwing man back into the hardness of his fate.”’

‘The categories we use to understand the world aren’t a passive reflection of the way things really are; rather, we actively create systems of meaning that evolve over time. As Cassirer puts it in the second volume: Objects are not “given” to consciousness in a rigid, finished state, nakedly in themselves but…the relation of representation to the object presupposes an independent, spontaneous act of consciousness.
Cassirer’s symbolic forms can be seen as a precursor to Michel Foucault’s discourses and epistemes—ways of organizing knowledge that shape what we believe and how we act. (Gordon observes in his preface that Foucault was “quite familiar” with Cassirer’s work.)
The Philosophy of Symbolic Forms is most interesting and rewarding when Cassirer engages in his own archaeology of knowledge, trying to imagine his way into systems of thought that now appear hopelessly strange. What does it mean, for instance, when a language has no single vocabulary for counting but uses different terms depending on the kind of objects being counted? This is the case, Cassirer writes, with the “language of the Fiji Islands,” which uses different words to designate ten canoes, ten fish, or ten coconuts. Why did the Roman augurs believe they could tell the future by observing which quadrant of the sky a bird flew into? In what sense should we understand the Rigveda, the ancient Hindu scripture, when it says that the cosmos was made from a dismembered human form? A simple response would be to dismiss these as the errors and superstitions of humankind’s infancy. But “cognition does not master myth by exiling it beyond its borders,” Cassirer writes. Such symbolic forms are worthy of serious attention because they are active constructions of the mind, no less than, say, Protestantism or quantum mechanics. At the same time, Cassirer is no relativist. Early symbolic forms—and, like most Europeans of his time, he tends to think of ancient Babylonians and “natural peoples” in the twentieth century as similarly “early”—are important because they show the human mind slowly winning its way from confusion to clarity.’

‘The crucial incision in this realm was made by Greek philosophy and biblical monotheism, which transformed God from a personality into an ethical and metaphysical principle. Cassirer refers several times to the myth of Er in book ten of Plato’s Republic, in which the soul awaiting reincarnation is told by the Fates that its destiny is in its own hands: Your daemon or guardian spirit will not be assigned to you by lot; you will choose him…. Virtue knows no master; each will possess it to a greater or less degree, depending on whether he values or disdains it. The responsibility lies with the one who makes the choice; the god has none.
In these lines, we can see the mythic idea of fate being transformed into the religious idea of free will and ethical responsibility.
For Cassirer, this change is parallel to the transformation of counting into mathematics, and of naming into language. But the mind’s trajectory toward abstraction doesn’t look like progress to every observer. For Heidegger, the original sin of philosophy is precisely what Cassirer regards as its greatest achievement: replacing humanity’s primal, numinous sense of Being with an objective, calculating rationalism. In his essay “The Question Concerning Technology,” Heidegger argues that this way of thinking, which he calls Gestell or “enframing,” “endangers man in his relationship to himself and to everything that is.”

‘Perhaps the most timely insight of The Philosophy of Symbolic Forms is that earlier strata of symbolic thought never fully disappear; even in a scientific age, people are prone to magical, mythical thinking. As Cassirer writes, “Science arrives at its own form only by expelling every mythical and metaphysical component from itself.” But “the battle, which theoretical cognition believes it has won for good, will continually break out anew.”’

The Jewish cosmopolitan versus the rural philosopher who enjoys skiing, an interesting contradiction. (I always suspected that true cosmopolitans don’t ski.)

But as Kirsch emphasizes the gap might be narrow. Calculated rationalism is infested with magical thinking, and Heidegger’s belief that man can be saved from technology turned out to be a mysticism that enabled fascism, a mysticism that was unable to detect what was truly dangerous for mankind.

Our organization of knowledge will never be neutral, which doesn’t imply that all organization are equally valuable. Rationality slips away, before we can grab it.
The symbol of hubris, the belief that we possess rationality and rationality possesses us.