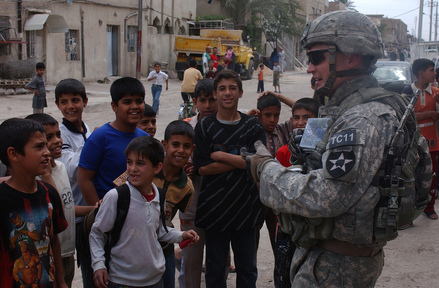 We all have heard of the suicide bomber who finished her meal quietly in a restaurant before detonating herself in that same restaurant.
But this paragraph in Tuesday’s Herald Tribune about the suicide bombing that killed five US soldiers in Baghdad is even more unsettling: ‘An Iraqi Army officer at the scene said that the suicide bomber was a young man who walked up to the soldiers and engaged them in conversation. "He came and stood beside them and started talking to them and then detonated himself," the officer said.’ To talk to the people you are going to kill is as difficult, or even more difficult than eating your own pet.
But maybe this thinking is naive.
Talking and killing is as easy as talking and torturing.