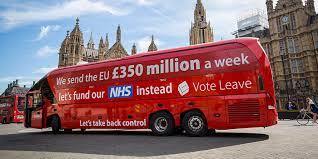 On the economy – Robert Kuttner in NYRB:

‘In recent decades, that virtuous circle has turned vicious. Rapacious capitalism has resurged, and with it inequality and insecurity. Government has not only been unable to counter these trends; partisan blockage has undermined even basic tasks of governing such as assuring the integrity of elections. Not surprisingly, government has lost public confidence.
Roadblocks to activist government in the US were designed by the nation’s founders, who equated protection of the rights of the people with limited government. They built into their Constitution all manner of checks and balances as obstacles to legislation, and the Supreme Court, beginning in 1803 with Marbury v. Madison, asserted the prerogative to declare laws unconstitutional.
In addition, the filibuster, which requires a supermajority to end debate and pass legislation, has been a Senate rule since 1917.
Thus it requires unusual circumstances—the kind of national emergencies and large legislative majorities associated with Franklin Roosevelt or Lyndon Johnson—for the US government to take broad progressive action.’

‘Jonathan Hopkin, a political scientist at the London School of Economics, captures this downward spiral in Anti-System Politics: The Crisis of Market Liberalism in Rich Democracies, using history, comparative analysis, and telling detail. Hopkin’s insight is that the same antidemocratic syndrome afflicts the entire West because the Western democracies all turned away from the social compact that characterized the postwar boom. That bargain ended in the 1970s with the resurgent power of financial elites and the resurrection of free-market ideology and policy, known as neoliberalism. Economic insecurity increased in the 1980s under conservative governments. But these trends intensified when “Third Way” center-left parties came to power in the 1990s, notably under Bill Clinton in the US, Tony Blair in the UK, and Gerhard Schröder in Germany. All supported greater reliance on market forces, buffered by only modest social spending. By the collapse of 2008, which was caused by deregulation, voters had increasingly lost faith in what Hopkin terms the “cartel” of the center-left and center-right. In the Great Recession that followed, priority in Europe and the US went to bailing out the bankers and reassuring financial markets with deficit reduction.’

‘Brexit, to Hopkin’s eyes, was an anti-system spasm reflecting the failure of British mainstream politics to address the deepening insecurity wrought by neoliberal policies. He argues that anti-immigrant sentiment was not the primary factor in its passage. The economically depressed parts of Britain that cast the strongest Brexit vote had few immigrants because they had few jobs to offer. By contrast, prosperous greater London, a magnet for foreign workers, voted heavily against Brexit. One can quibble that the increased presence of immigrants in the country did take on symbolic importance among downwardly mobile Brits. Educated elites liked cosmopolitanism, while the working class was threatened both economically and culturally. As Hopkin points out, only 26 percent of those with university degrees voted for Brexit, compared to 78 percent of those without higher education. The deeper driver of Brexit, he aptly writes, was “the very real economic distress that these voters had faced since the financial crisis.”’

‘The European Union plays a perverse antidemocratic part in this saga. The original Common Market of 1957 was a customs union of strong nation-states. They were free to decide, democratically, to pursue highly interventionist policies, including public ownership, regulation of capital and labor, and industrial subsidies. But the Maastricht Treaty that founded the European Union in 1993 gave primacy to the free movement of capital, goods, services, and persons, and it promoted deregulation and privatization. These rules superseded the ability of member states to have strong national policies to regulate capitalism. In addition, the Germans, as a condition of giving up the deutsche mark in favor of the euro, insisted on stringent limits on public deficits, even in the face of disasters such as the Greek collapse.’

‘According to Thomas Frank, the conflation of right-wing and left-wing “populism” is more than semantic sloppiness. It’s the latest reflection of a long-standing effort by elites to demonize demands for a democratic economy. Frank, a historian who cofounded The Baffler magazine, calls this “the Democracy Scare.” His new book, The People, No, combines a history of populism with a witty and thorough account of how ideologically opposite movements came to be branded by the same dismissive word: a 2017 report by Human Rights Watch is titled “The Dangerous Rise of Populism”; a New York Times essay by Tony Blair is headlined “How to Stop Populism’s Carnage”; the Global Populisms Project at Stanford declares on its website, “Populist parties are a threat to liberal democracy.”’

‘It wasn’t just that Democrats were annoyingly liberal on social issues. They also stopped delivering on economic issues, as wages stagnated, corporations destroyed unions, and new concerns, such as the stresses on the working family, arose but were ignored by government. By the time the Tea Party appeared in 2010—and more emphatically with the victory of Trump in 2016—many white working-class voters had given up on both mainstream parties. To read Frank together with Hopkin is to appreciate that technocratic, elite neoliberalism is as antidemocratic as explicit right-wing authoritarianism—and more insidious. The two forms of antidemocracy feed on each other. Conversely, shifting the allegiance of even 10 percent of Trump voters, the sort who were also attracted to Sanders, could be the beginning of the marginalization of the far right.
Is there a plausible path back to effective government, anchored in strong democracy and a just economy? Paradoxically, though the US has had the closest brush with tyranny of any large Western democracy, it has the best chance of reversing the vicious circle of people deserting democratic government. Despite checks and balances, when a US president has a working majority in Congress and broad public support, it is possible to govern. In Europe, even assuming away the antidemocratic constraints of the EU, there is no progressive head of government with a stable majority in any national parliament, and none on the near horizon.’

This is a bit: one explanation fits all.

Does Sweden (powerful extreme-right party) really have the some problems, i.e. the same equality-gap as the US?

And do people vote for antidemocratic parties because the policies of the government are not progressive enough? This is a cliché, that some liberals love, but it’s untrue as has been pointed out several times. Yes, it might be a reason, but other reasons are equally strong or stronger. Identity for example.
The voter as the pure homo economicus is a myth.

Also, Mr. Kuttner declares that Brexit was an example of an anti-system vote, while he also states that the EU is an anti-democratic neoliberal institution; it’s clear what he would have campaigned for.
(Had Mr. Corbyn not so secretly detested the EU we wouldn’t have had a Brexit.)
Mr. Kuttner pooh-poohs the ‘free movement of capital, goods, services, and persons within the EU.’ Progressive?

I’m in favor of more progressive politics and better redistribution of capital, Mr. Biden appears to be trying to make this happen. It’s also clear that the US is in dire need of such changes, probably more so than quite a few countries in Western Europe.
Mr. Kuttner feigns that the shadow of World War II has not influenced the political mood in Europa, especially there, for a few decades.

As last night made clear (Amazon-Union) progressive politics in the US is often an uphill battle.
Different laws (less anti-union laws) might help to unionize companies like Amazon or Walmart, but as this article suggests, we are far away from making this happen.

The belief that it is just the lack of the right i.e. progressive government that makes people vote for antidemocratic parties is not only unjust, it’s extremely paternalizing.