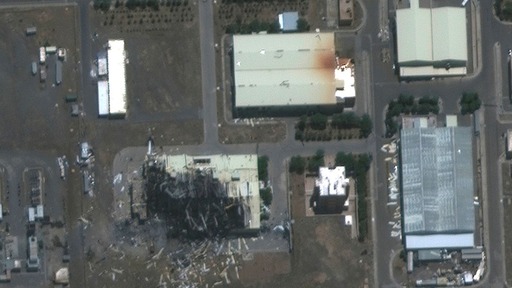 ‘The prevailing conventional wisdom in Israel in the last few days is that Prime Minister Benjamin Netanyahu is deliberately and dangerously escalating an ongoing low-intensity confrontation with Iran, with two interlocking objectives guiding him.
First, a political objective: For Netanyahu, who has failed for the fourth time to win a majority, and who is on trial for corruption and fraud, a national security crisis could change the adverse political environment he is facing while trying to form a government. In such a scenario, his decades-old narrative on how only he can deal with Iran would be conducive to the formation of the government that is eluding him.
Secondly, a diplomatic objective: to undermine, disrupt and complicate the already complex U.S.-Iran negotiations in Vienna. This almost inevitably entails friction and a possible rift with the Biden administration, something that in Netanyahu’s perception of political reality is equally helpful with respect to his political objective. First you create a confrontation with the U.S., then market yourself as the only actor capable of defusing it.’ (…)

‘As long as Israel was inflicting damaged on Iran’s nuclear infrastructure but keeping quiet and opaque about it, Iran could absorb the hit as part of a reciprocal low-intensity campaign governed by unwritten rules of escalation and public conduct.
But when Israel – according to “Israeli sources” quoted extensively in the international media – hits the Iranian vessel Saviz in the Red Sea, then causes a debilitating electrical failure in the Natanz nuclear reactor through an explosion, and in the background declares that it “will not be obligated to any agreement with Iran,” as Netanyahu stated last week, then Iran may feel it needs to hit back.’

‘In this respect and on this scale, the last several days are not a qualitative escalation but an outing: This is no longer a shadow war or a between the wars campaign. This is war.
“Senior sources” and “intelligence sources” have been rolling the terms “controlled escalation” and “phased escalation” in the last 48 hours. These are very pretty and clever concepts that belong in international relations theory or university courses on military history. In real life they mean next to nothing, other than an analytical category based on partial intelligence of the other side’s true intentions and next moves.’ (…)

‘Supposedly, these demands are consistent with Israeli criticism of the original agreement and by this logic, Israel has a vested interest in a serious dialogue with the U.S. and the injection of its input. That has not happened for a variety of reasons. Netanyahu’s credibility with President Joe Biden is very low, and Netanyahu seems to prefer the benefits of a confrontation with the U.S. over partial success in influencing the content of an agreement he is comprehensively opposed to.
All signs and indications are that Netanyahu, in the event that he remains prime minister, is pursuing a repeat of 2015: Opposition to any agreement, portraying the U.S. as a weak appeaser, confronting Biden, fanning flames in Congress. However, the circumstances in 2021 are quite different than those in 2015.
Effectively, there is no Israeli-Saudi-Emirati united alliance. Saudi Arabia has it own credibility and image problems with the U.S., while the United Arab Emirates conducts an ongoing dialogue with Iran, and Netanyahu, who for years “Israelized” the Iranian issue, has now left Israel all alone. There’s a Democrat in the White House and at least until November 2022, Democrats control both houses of Congress. Netanyahu’s levers of power are thus severely diminished.’

So, according to this analysis, the ‘controlled escalation’ has almost nothing to do with Iran, or at least not enough, but everything with the US and the political situation in Israel.

Israel is trying to sabotage the talks in Vienna, hoping that Iran will hit back, there you have the controlled of phased escalation, and by doing so undermining the chances of a new deal between the West and Iran.
Probably also in the meantime forcing some political parties in Israel to support a Netanyahu government in times of national crisis.
All this smells intensely of haughtiness, and haughtiness is a huge sin as the old Greek knew.

Escalation is hard to control, even if your intelligence is good.
Also, there is no real endgame, except this: winning time for Netanyahu.

In the worst scenario we might have a war in the Middle East because Netanyahu didn’t want to go to prison. I recommend watching the movie Wag the Dog again.