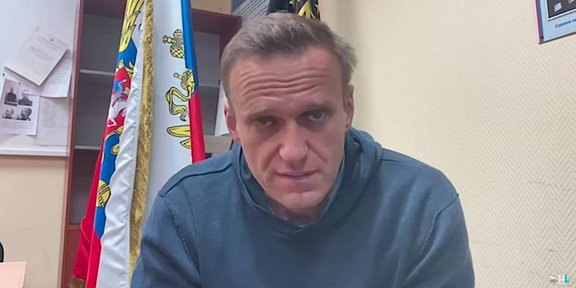 On Navalny – Masha Gessen in The New Yorker:

‘Back in the days of the U.S.S.R., the pro-democracy dissident movement lived by the rule that, given the choice between prison and foreign exile, one should choose exile. Early in the Putin era, when some former dissidents were still around, they passed this wisdom on to members of the new opposition. The late dissident Yelena Bonner, for example, persuaded the late oligarch Boris Berezovsky to leave the country rather than risk arrest. The notion was that one could do more good alive abroad than dead at home. This argument rested on the assumption that the Soviet totalitarian state would last forever, or at least a very long time, and that the battle against it would be eternal.
Putin, who became prime minister in August, 1999, and President at the start of 2000, has held power longer than any Soviet leader except Stalin. Yet Navalny, who was fifteen years old when the Soviet Union collapsed, understands that Putinism will not last forever. During his arrest hearing in January, Navalny told the judge that she would likely outlive Putin, and go to prison for sanctioning Navalny’s arrest (the judge then reprimanded him). Navalny’s note to Albats makes clear that he is not certain he will live to see a post-Putin Russia. But he believes that Russia after Putin will be—or at least can be—a fundamentally different place. Unlike his dissident forebears, who believed that they were fighting for principle and personal integrity but could never defeat the system, Navalny thinks that his actions can help shape a future Russia. He also believes that, by acting with courage and determination, he can inspire others to set aside their fears. And then, as he almost invariably says in public statements and private notes, “everything will be all right.”’

‘For a decade, the slogan of the anti-Putin movement has been “Russia will be free.” Now, though, Navalny suggested rethinking it.
We should fight not only against the lack of freedom in Russia but against our total lack of happiness. We have everything, but we are an unhappy country. . . . So we should change our slogan. Russian should be not only free but also happy. Russia will be happy. That is all.
Last week, police raided the Navalny organization’s office in St. Petersburg and confiscated a number of large stickers bearing the phrase “Russia will be happy.” According to Leonid Volkov, who runs Navalny’s political organization, the police removed the stickers to conduct an expert analysis of whether the slogan constitutes extremist speech, which is illegal in Russia.
On Tuesday, Yulia Navalnaya visited her husband in prison. In an Instagram post, she wrote that he was weak, and thinner than he had been after weeks in a coma. “He said to say hello to everyone,” she wrote. “He didn’t have the strength to add that everything will be all right. So I’ll add that. He is the best. Everything will definitely be all right.”’

The question is: what comes after Putin?

The fact that the words ‘Russia will be happy’ are already considered extremist speech is a sign that Putinism is crumbling indeed.
If a liberal democracy will follow after Putinism is doubtful.
Also, yes, Putinism is crumbling, but see: Assad, the dictator in disarray can hang onto power for years, perhaps even a decade or more.