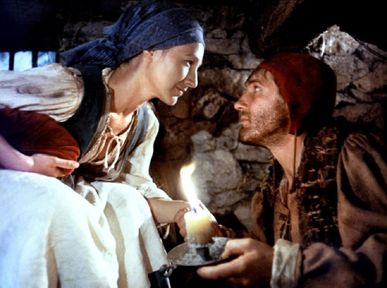 On absence – Ruth Scurr in TLS:

‘In Absentees: On variously missing persons, Daniel Heller-Roazen, Professor of Comparative Literature at Princeton University, explores the marking of absence in a wide range of historical, literary and mythological contexts. He begins with legal frameworks, ancient and modern, that attempt to impose order on the chaos and uncertainty created by a person who disappears. The simple placeholding “A” of the school register is still the starting point for acknowledging absence, but legal systems also provide elaborate technical definitions of what it means to be an absentee. Heller-Roazen quotes the Louisiana Law Review of 1990: “For the law, one who is absent is not at his legal domicile, but he is not just away from home. He has left no clue as to his whereabouts and it is impossible to ascertain whether he is alive or dead”. Men are almost always the assumed subjects of these legal codes, constructed on the age-old assumption that men go missing while women remain at home.’

‘Recognizing the limits of legal artifice and the often unruly nature of the circumstances in which people go missing, Heller-Roazen turns to myth and fiction for a deeper examination of the marking of absence: “There are more ways to go missing than by not being present at a place or function or by vanishing according to the conditions of official disappearance”. Odysseus is an early example of a missing person. In an earlier book, No One’s Ways: An essay on infinite naming (2017), Heller-Roazen discussed Odysseus’s renaming of himself as Outis, or No One, to escape from the cyclops Polyphemus. In Absentees he focuses on the way in which the hero, returning to Ithaca two decades after he left for the Trojan war, passes from one variety of absence to another: “Odysseus returns, but in concealment. Half the ancient epic concerns the period in which he hides himself at home, the better to set the scene of his unexpected reappearance”.’

‘In Honoré de Balzac’s Colonel Chabert (published in 1832 as La Transaction), Hyacinthe Chabert, a colonel believed killed at the Napoleonic Battle of Eylau in 1807, reappears in 1816, the year after the Emperor was sent into exile, outside the doors of a Parisian legal office, wearing an outmoded overcoat and covered in clods of earth. Chabert hopes to regain his rights, property and legal personhood, but his wife has remarried and he has been declared dead. “I have been buried under the dead”, he remarks, “but now I am buried underneath the living, under papers, under facts, under the whole of society, which wants to shove me underground again.” Chabert is a man of the Empire, he does not fit into the society of the Restoration. After a failed negotiation with his wife, he ends up in an infirmary drawing lines in the sand and refusing his own name: “Not Chabert! Not Chabert! My name is Hyacinthe … I am no longer a man; I am number 164, Room 7”.’

‘It is easier today to become a nonperson by being diminished as a civil subject, or by dying, than it is to vanish. Acknowledging this, Heller-Roazen quotes the jurist Ernest Levy: Absence undoubtedly belongs to the circumstances that must have been more frequent in antiquity than today. One need think only of the lesser valuation of human life, the dangers of a major trip, the more exiguous habitation of known land, the irregularity and solitude of means of transport, and the lack of a regular means of communication.
Today, in contrast, it is almost impossible to disappear.’

‘Chamisso does not mention the Yiddish origins of the name Schlemihl, but Heller-Roazen quotes a letter the author sent to his brother in 1821 that shows he was well aware of them: “Schlemiehl or Schlemiel is a Hebrew name and means ‘beloved of God’ [Gottlieb], Théophile or aimé de Dieu. This is in the customary language of the Jews the designation of clumsy or unlucky people, for whom nothing in the world works out. A Schlemihl breaks off his finger in his waistcoat pocket; he falls on his back and breaks his nose bone. He always comes at the wrong moment”. Chamisso, Heller-Roazen argues, replaced the old figure of Jewish tradition with “a man in possession of a modern History”, a “marvellous” history, who is only once “supposed a Jew”. Paying homage to what is absent from Chamisso’s text, Heller-Roazen traces the obscure genealogy of the proper name Schlemihl to a little-known passage of the Hebrew Bible. At the start of Numbers, when the children of Israel dwell in the wilderness of Sinai, the Lord commands Moses to assemble an army. Shelumiel, son of Zurishaddai, is one of those selected; “he seems a figure destined to be forgotten”.’

And then, the origin of the word ‘schlemiel’ – the one destined to be forgotten.
In a way, it’s hubris to desire to be more than a schlemiel.