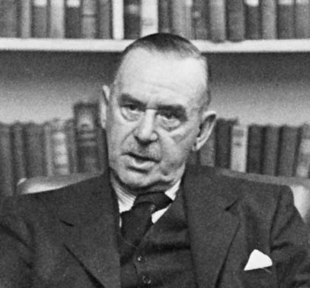 On Mann and moral tutoring – Mark Lilla in NYRB:

‘Mann was thirty-nine. His first novel, Buddenbrooks, published in 1901, had made him famous throughout Europe and would earn him the Nobel Prize in Literature in 1929. Though he did not write another novel for two decades, his short stories and novellas, including Death in Venice (1912), kept him at the center of literary attention. Mann was a respected member of the German cultural establishment in Munich, where he lived. He attended concerts, he befriended composers, he read Goethe, and he never expressed any views about politics. He was, as he wryly put it, a good German burgher.
All that changed in 1914. Why is anyone’s guess—it was as if some inner diabolus had been released. From one month to the next Mann became an intransigent and inflammatory defender of the German cause internationally, writing articles and giving speeches that made him a favorite on the volkish nationalist right. As the war dragged on, he put aside his literary projects to devote himself entirely to Reflections of a Nonpolitical Man, a defense of Germany against the onslaught of “alien” Western ideas of enlightenment and democracy.
It arrived in bookshops in October 1918, a few weeks before the armistice was signed—an untimely birth.’

‘For all that has been written about Reflections as a historical and biographical document, it remains an undiscovered book—and a timely one. For buried within it is a serious argument about art’s relation to politics. Mann wrote at a moment, like our own, when artists were under great pressure to declare their political allegiances and shape their work accordingly. He would always resist that pressure and encourage others to do the same. But it took the experience of two world wars for him finally to recognize just how large a stake the artist has in healthy politics. That is the lesson of this wild and petulant apologia pro vita sua.’

‘The article was nothing less than a declaration of war—in Mann’s terminology, a war for “Culture” against the pretensions of “Civilization.” In this by now tired trope, Civilization stands for reason, skepticism, humanitarianism, democracy, and progress, while Culture is more primordial, drawing energy from the dark side of human nature and producing greater depth of feeling, and therefore greater art. What the French and the English and Heinrich wanted, Thomas believed, was to destroy cultured Germany and remake it into a domesticated, politically democratized, decadent capitalist nation of bourgeois philistines. “They want to make us happy,” he writes contemptuously, but we Germans refuse “to succumb to the civilizing process.”

“Thoughts in Wartime” is the best introduction to the diffuse Reflections. Yet that later work might never have been written had it not been for a dramatic intervention by Heinrich. Provoked by “Thoughts” and a lecture Thomas had given on Frederick the Great, he published a long polemical article in 1915 that targeted nationalistic intellectuals like his brother. Titled simply “Zola,” it is a melodramatic recounting of Émile Zola’s role in the Dreyfus Affair, implicitly comparing pro-war German intellectuals to the dishonest, reactionary anti-Dreyfusards in France. Thomas took it as a deeply personal attack. Particularly wounding was Heinrich’s remark that the anti-Dreyfusards, and by implication Thomas, “belonged to the common herd, the herd that will one day disappear. They had chosen between history and the moment and had shown that with all their talents they were but entertaining parasites.” After reading this passage Thomas broke off all relations with his brother. Though they lived less than a mile apart in Munich, they did not speak again until 1922. They passed each other silently at the opera, saw each other from a distance at funerals, but that was all. Heinrich continued to work on his novels and became an even more prominent engaged intellectual on the left. Thomas withdrew into himself and focused single-mindedly on setting the record straight.’

‘The most difficult thing to understand about Reflections is how Mann thought polemical statements like these could serve to defend the “nonpolitical” man. What, one wonders, does he mean by “politics”? We must read a third of the way into the book before finally being told this: “Politics is the opposite of aestheticism.” This is surely the most idiosyncratic definition anyone has ever thought to give the term. But it reveals that “politics” here is really an umbrella term for all the forces in modern life that Mann sees threatening what the English philosopher Michael Oakeshott, in an inspired phrase, once called “the voice of poetry in the conversation of mankind.” This ur-distinction between aesthetics and politics stands behind countless oppositions that litter the book: art versus intellect, soul versus society, irony versus moralism, nation versus republic, the ideas of 1914 versus the ideas of 1789, and so on. What I, the “nonpolitical man,” oppose, Mann seems to be saying in this flurry of verbal gestures, is all that. (Every reactionary has an all that.)
Who, then, is the intellectual proponent of “politics”? Mann calls him the Zivilizationsliterat, an unlovely term even in German, which the English translator, Walter D. Morris, renders as “civilization’s literary man.” (A better translation might simply have been “Heinrich.”) Mann meant the term Literat to be derogatory, indicating a self-righteous, dilettantish scribbler who feels called upon to be the world’s moral tutor. This human type believes in justice and progress and democracy, but above all he believes that art has no end in itself, that it is a mere tool for advancing civilization and reaching humanitarian political ends. The Literat is the opposite, indeed the enemy, of the serious artist; he is an evangelical who would “commit intellect and art to a democratic doctrine of salvation.” And as this type becomes emboldened, the cultural space in which serious artists operate becomes stifling and hostile. One passage could have been written today: The outlawing and expulsion of those who disagree is completely consonant with his concept of freedom…. Since he believes he possesses the truth, “the blind-ing-ly clear truth,” his love of truth is in a bad way…. He imagines himself justified, yes, morally bound, to relegate to the deepest pit every way of thinking that cannot and does not want to recognize what glitters so absolutely for him to be the light and the truth. There is only a “yes” or a “no,” sheep and goats, one must “come forward.” Tolerance and delay would be a crime. He believes he has to save his soul by not spending one more hour of even apparent companionship with obstinate fools who do not see what he sees.
What disappears in such a setting is the particular vision of the artist himself: “One forgets that convictions lie on the street and that anyone can pick them up and make them his own.”’

‘Mann had indeed undergone an internal change since 1914. But not a complete one. The essay “Culture and Politics” (1939) is the closest thing he ever wrote to a mea culpa for the political ravings in Reflections. In it he describes how his entire upbringing had trained him to see democracy as a threat to culture and to the inner freedom of the artist. Yet “of the connection between moral and social freedom I understood little and cared less.” The legacy of the nonpolitical German that Mann had once extolled was, he now recognized, a world-historical nightmare: His elegant disdain of democratic revolution has made him the tool of another revolution; an anarchic one, running amok to threaten the foundations and props of all our Western morality and civilization; a world revolution to which no invasion of the Huns in olden times can even be compared.
Yet Mann never disowned the aesthetic ideas in Reflections. Nor did he express regret for his criticism of the politically committed artist. It is worth asking why.
“Objectivity is freedom”: this phrase serves as something of a mantra in Reflections, and by it Mann meant something different from what some people mean by scientific objectivity. Rather than provide a distanced, nonperspectival view of reality, artistic objectivity is what keeps us close to the this-ness of things; it implies concreteness, thickness, impartiality, actuality. It means, you might say, letting things be what they are, not appropriating them for some narrow purpose and thereby delimiting their connotations and meanings. What Mann loved about the literature of the nineteenth century, as opposed to that of the eighteenth, was what he called its greater subservience to reality, by which he meant its ambiguity, its resistance to formulas. The writers he most admired—among them Flaubert, Dostoevsky, and Turgenev—saw life stereoscopically, from multiple standpoints at once. So did Tolstoy, Mann notes, until he donned an ill-fitting Christian monocle and became a bore.’

‘Mann eventually learned that political freedom and artistic freedom are compatible. But he never abandoned the conviction that artistic freedom can serve as a check—quite literally, a reality check—on the claims of politics. Even, or perhaps especially, in times of crisis and great injustice, some inner distance from the maelstrom is called for. It is significant that while Thomas Mann the artist became a political democrat, he never became a democratic artist—a subtle but crucial distinction’

Some inner distance from the maelstrom is called for.

The idea that you should be the world’s moral tutor or your country's moral tutor is fairly often nothing but the product of righteousness.

Mann meant the term Literat to be derogatory, indicating a self-righteous, dilettantish scribbler who feels called upon to be the world’s moral tutor.

And that being such a tutor is the same thing as being an artist is another popular misunderstanding these days.

The artist as knight fighting all kinds of social injustices or saving the world is too often the continuation of advertisements for the artist’s work. An attempt at pleasing.

The position of Heinrich Mann is laudable, don’t get me wrong.

But you can be apolitical without being a war enthusiast.
You are free to not save the world, even as an artist.