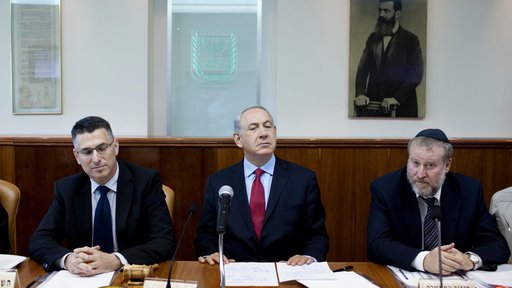 On the continuation of a tragicomedy – Anshel Pfeffer in Haaretz:

‘Netanyahu has pitted his office, his party and what is left of his coalition against the attorney general, who is his government’s chief legal adviser, and in essence against the High Court – and on something he knows is a very flimsy case, as it’s impossible to interpret the coalition agreement otherwise (though the private lawyer who represented him in the High Court tried to come up with an alternative). And for what? Mendelblit and the High Court have shown remarkably leniency toward Netanyahu over the last year, opposing calls to bar him from serving as prime minister on the grounds of a massive conflict of interest caused by his standing on trial.
Allowing Gantz to become the new justice minister, just as he was for the past three months, would have caused Netanyahu no damage. Either way, it’s a temporary appointment, until a new government is sworn in. Netanyahu wants to fire Mendelblit and appoint a new attorney general who will revisit the charges against him, but no such appointment can go ahead under an interim government anyway.’

‘Bennett doesn’t support Netanyahu’s latest move. He favors changing the legal system, appointing more conservative and less activist justices to the Supreme Court and limiting the powers of the attorney general and other government legal counsels. But he wants to pass these changes in a more consensual fashion – not through what is effectively a legal coup as Netanyahu is now trying to carry out.
And while Bennett on his own may have spoken out against Netanyahu’s anarchic and divisive assault on the judiciary, Shaked is more inclined toward Netanyahu’s style and more fearful for her standing on the right.
For Netanyahu, none of this is ideological. He’s been in power for a total of 15 years and never made any serious attempts at changing the balance of power between the branches of Israeli’s government. Even now, his concerns are only about holding onto power and avoiding trial. This is not a principled war on the courts, just an opportunistic one. In the same way he had Knesset Speaker Edelstein assert the “sovereignty of the Knesset” against the High Court, in order to delay the process of his replacement, he’s doing the same now with the sham appointment of Akunis.
For the second time in just over a year, he is provoking a constitutional crisis simply to create a diversion that will help him continue to divide and rule Israel’s political landscape.’

The constitutional crisis as a diversion, and the high possibility that Israel will have a fifth election in approximately two years, just for the sake of Bibi and his apparent fears of the upcoming trial(s).
Maybe only a huge crisis, imminent danger, will finally convince the electorate and the politicians that there is something more important than Bibi himself.