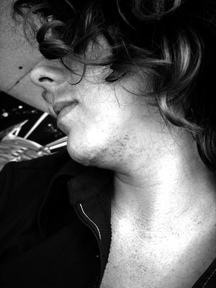 Till today I had never heard of Sebastian Horsley.
But according to Motoko Rich in the NY Times this British auhtor was denied entry to the US because of his substance abuse, his habit of visiting prostitutes and his work as a prostitute himself: ‘Mr. Horsley, whose memoir, “Dandy in the Underworld,” was published last week in paperback by Harper Perennial, a unit of HarperCollins, said he was detained by United States customs authorities for eight hours and questioned about his former drug addiction, use of prostitutes and activity as a male escort.’ I was somehow surprised to read that the bookparty for Mr. Horsely’s book in this country thrown by his US publisher would go on without him: ‘Carrie Kania, publisher of Harper Perennial, said Mr. Horsley’s party, which was scheduled for Wednesday in Manhattan, would go on without him. “I believe this book is very important,” Ms. Kania said. “It certainly moved me, and we’re going to continue to back it 100 percent.”’

Please read also this article about corruption within the United States Citizenship and Immigration Services.