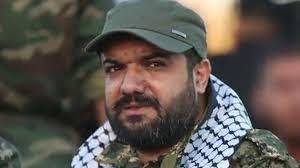 On the other end of the phone – Friedman in NYT:

‘But unlike the Intifadas that began in 1987 and 2000, when Israel had someone to call to try to turn it off, there is no Palestinian on the other end of the phone this time — or, if there is, he’s a 15-year-old on his smartphone, swiping orders and inspiration from TikTok, the video app often used by young Palestinians to challenge and encourage one another to confront Israelis.
Jack Khoury, an expert on the Arab dynamics of this conflict, put it well Monday in his analysis in Haaretz, writing that the engine of the Palestinian side of the protest “is the popular movement,” which is made up “mostly of the younger generation, which is not waiting for its political leadership — not the Palestinian Authority, nor Arab leaders in Israel or in the Gaza Strip. Over the past few days it has been reported that Hamas is trying to stoke the protest, but the Hamas leadership has no control over the events at all … and so as the Israeli government sees it, there is no one address or person to turn to in order to hold a political discussion on the situation.”’

Not exactly, the first Intifada was a popular uprising, not orchestrated by the PLO leadership who was enjoying a rather luxurious lifestyle in Tunis at that time. Arafat was surprised by the first Intifada; it was beyond his control.
Whether the belief that a popular uprising can succeed is as high as it was in 1987, (the Oslo accords, failed but still, were a result of the Intifada), remains to be seen. My answer would be: no.
After Syria, Lebanon, Egypt, Iraq, the trust in any popular revolt in the Middle East, or elsewhere, is extremely low.

The flare-up will remain a flare-up, unless Iran decides that it should be more than that.