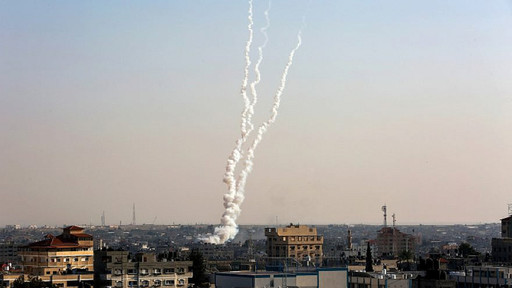 On real estate, rockets and identity – Amos Harel in Haaretz:

‘After some incendiary moves and belligerent declarations, it’s time for calming efforts. Israel is now trying – rather late – to stuff the genie back into the bottle and reduce the violence that has erupted in Jerusalem and the territories which is to some degree its own fault.
Chief of General Staff Aviv Kochavi decided Sunday to deploy three additional battalions in the West Bank, bringing the number of reinforcement battalions to seven and increasing the military forces in the region by 50 percent over normal times. Messages have been passed to Hamas in Gaza, demanding that it halt all rocket fire after a rocket was fired at the Negev on Saturday night and two more rockets were fired at Ashkelon on Sunday night.’

‘Still the situation in Jerusalem, which could spill over onto the West Bank and Gaza, remains very sensitive. One incident with fatalities, especially if it involves the Temple Mount, could spark days of rioting. The transition government is well aware of this, but woke up to the seriousness of the situation quite late. Throughout the weekend it still seemed as if politicians were more preoccupied by the efforts to establish a government than with the worrisome developments in Jerusalem and the territories.’

‘The government’s problem is that its arguments on Jerusalem seem weak. On the Temple Mount, Muslim freedom of worship has been curtailed during the holy month of Ramadan. In Sheikh Jarrah, Palestinian families are to be evicted from the homes they have lived in for 70 years on grounds of property rights. The Foreign Ministry argument that this is merely a “real estate dispute” is not very convincing. Pictures of Israeli policemen bursting onto the Temple Mount or forcibly dispersing demonstrators are arousing resentment in the international arena. The progressive wing of the Democratic Party is putting pressure on the Biden administration to take a more decisive position against Israel.’

‘Israel is under the impression that for now, at least, Hamas isn’t interested in an uncontrollable confrontation in Gaza, but in limited moves, given that the Gaza population would also like to celebrate the holiday undisturbed. Israel won’t unleash its big guns in response to low-level incidents like the launching of incendiary balloons; it is more likely to limit the fishing zone off the Gaza coast than launch massive air strikes against Hamas targets. But everything depends on whether there will be casualties, especially in Jerusalem.’

‘As of now the exercise is continuing as planned, but if there is a real flare-up the military will have to decide whether to continue it or to focus solely on real-time events.’

Well real-time events turned out to be more important than the excerise.
‘The military also said it was suspending for a day a major drill in order to focus efforts on preparing for a possible escalation, and in southern Israel, authorities called on residents of Gaza border communities to remain at home and near bomb shelters until further notice.’

‘The Foreign Ministry argument that this is merely a “real estate dispute” is not very convincing,’ Amos Harel wrote.

But the dispute is about real estate, (where you can live, where you can build, statehood, et cetera) fundamental rights and identity.

Anshel Pfeffer wrote that nobody wants a third intifada except the extreme-right in Israel. But it cannot be said often enough: sometimes things happen even though nobody wanted them to happen.
Nobody was passionate enough to prevent these things from happening.