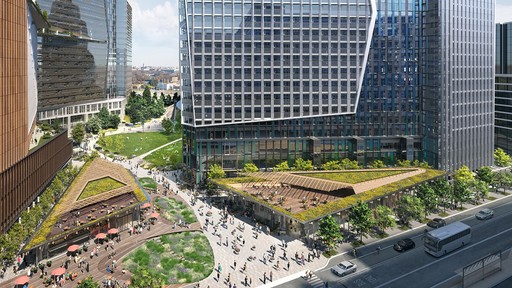 On the divide - Joan C. Williams in TLS:

‘Faced with the result of the US Presidential election of 2016, some authors, myself included, have stressed the role of social class, while others have stressed the urban/rural divide. Donald Trump clearly benefited from robust support from the white working class, but the electoral map also showed an ocean of rural red flanked by thin blue lines on the East and West coasts. Alec MacGillis’s important contribution, in Fulfillment: Winning and losing in one-click America, is to point out that the key divide is between a sliver of the professional-managerial elite in winner-takes-all cities and everyone else. The book is a must-read for those interested in what drives economic populism.’

‘ In 1980, almost every US region had median incomes within 20 per cent of the national average. By 2013, thin-blue-line areas had incomes more than 20 per cent above the average, while left-behind regions had incomes more than 20 per cent below. In the 1960s, the twenty-five cities with the highest median incomes included Milwaukee, Wisconsin and Des Moines. Today, nearly all the richest cities are on the coasts. This shift has profoundly affected contemporary politics. As others have shown for rural areas, MacGillis details how declining cities incubate rage, and points out how readily this is channelled into racism, with “rising resentment” making “voters susceptible to racist and nativist appeals from opportunistic candidates and cynical TV networks. Economic decline did not excuse racism and xenophobia – rather, it weaponized it”. The design of America’s political institutions, notably the Senate and the Electoral College, give these left-behind areas outsized clout.
What’s Amazon got to do with it? On ground prepared by Walmart in the 1980s and 90s, compounded by the rise of the internet and accelerated to warp speed by the pandemic, Amazon drives the closure of many small and medium-size regional businesses, leaving wastelands bereft of local institutions and of established paths to economic opportunity.’

‘When Jeff Bezos primly said that it was the responsibility of local government to address housing needs around its new Washington DC headquarters, MacGillis notes, “unmentioned was that government at all levels had become less able to carry out its functions as a result of the tax avoidances the company had perfected”. This is slash-and-burn capitalism, which privatizes profits while socializing costs and risks. It is politically and economically unsustainable. MacGillis is good at finding the perfect detail to illustrate such broad trends. For example, one effect of the pandemic, he says, is that, in cities such as San Francisco, a desire for more space has combined with sky-high housing prices and a rise in the number of homeless people (reduced to defecating on the sidewalk) to drive many residents away. If affluent hipsters move to Idaho or Baltimore, this could have a salutary effect on electoral politics. But this also shows that slash-and-burn capitalism isn’t working for them, either.’

‘I will long be haunted, however, by the image of “Bo”, a sixty-nine-year-old forklift driver with asthma, asbestosis, emphysema, chronic obstructive pulmonary disease, and PTSD, who started working at Amazon after the bankruptcy of Bethlehem Steel halved his pension. Denied sufficient bathroom breaks to accommodate his ageing bladder, “He tried to hold it, he did. But sometimes he couldn’t, and he found a quiet corner, and parked the forklift as a hopeful shield”. Think about that next time you one-click.’

It’s one of the bitter ironies that Biden has not yet succeeded in raising the federal minimum wage. Such a raise would not be enough, but it would an important step in the fight against this slash-and-burn capitalism.

Another irony is that the ‘buy local’ effort appears to be strongest in the richest cities on the coast.
In order to buy local you must have the opportunity to buy local.