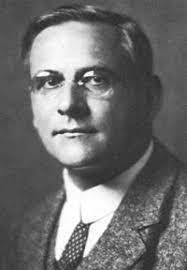 On nothingness – Jonathan Egid in TLS:

‘At the centre of the Circle were two distinct personalities. The de facto chair of the Circle was the eponymous Professor Moritz Schlick, genteel, mathematically trained, a stickler for procedure and largely apolitical. His opposite number was Otto Neurath, the red-bearded “dervish of Vienna”, an indefatigable organizer of the intellectual and political life of left-wing Vienna, too interested in housing and public education to have much time for metaphysics (or, as some members of the Circle grumbled, basic politeness). He pioneered “isotype” representations that translated complex statistical information into simple, unornamented images, convinced that while “words divide, pictures unite”. This was the political counterpart to the philosophical conviction that came to define the logical positivism of the Circle: “metaphysical terms divide, scientific terms unite”.
According to Rudolf Carnap, the most intellectually combative member of the Circle and the man who would bring logical positivism to America after the Second World War, metaphysics divides precisely because it is nonsense. Metaphysics takes the form of vague and paradoxical “pseudostatements”, Carnap’s favourite example being Heidegger’s adage that “the nothing noths”. These pseudostatements neither describe the world nor elucidate the structure of our reasoning, but merely gesture at an idea that would not make sense were it put in comprehensible terms.’ (…)

‘If there was any city that understood musical ability, it was Vienna. Before the First World War, Vienna was the capital of a multilingual, multi-ethnic empire. Each night its coffee houses became theatres of debate and exchange, where Austrian painters, Polish logicians and Czech physicists, Zionists, Catholics and revolutionary socialists argued about the intellectual events of the day. For the Circle itself, the most significant of these were two revolutions in scientific thought: Einstein’s physics of relativity and the new logic of Gottlob Frege and Bertrand Russell. The new science demanded a new philosophy: iconoclastic, empiricist and resolutely anti-metaphysical.
The scientific preoccupations of the Circle are well-documented, but Edmonds shows that the revolutionary fervour of interwar Vienna was by no means limited to logic and physics. Well-connected members of the Circle might be found at a table with Gustav Klimt or Karl Kraus discussing Bauhaus architecture just as easily as Brownian motion. Neurath, Carnap and many others were closely involved with Austromarxism and the leftist government of “Red Vienna”. The most succesful parts of the book are those in which Edmonds draws unexpected connections within the sprawling web of thinkers and artists in interwar Vienna (not many histories of philosophy have a dramatis personae after the epilogue), bringing to life the artistic and political flavour of those coffee-house debates.
Most of the circle were socialists or Jews or both, and, as Austromarxism gave way to Austrofascism, many grew increasingly anxious about the fate not only of the Circle but also of their own positions in Vienna. Enquiries were made about positions at British and American universities. Then, on June 22, 1936, as Schlick was walking from his home on the Prinz Eugen Strasse to his morning lecture, a student named Johann Nelböck leapt out from the crowd and shot him point blank through the heart. The trial was a sign of things to come. Nelböck’s initial defence was that the Circle’s anti-metaphysical philosophy had eroded his moral judgement, but after the Anschluss he issued an appeal to the Nazis, arguing that in killing “a Jewish teacher who propagated doctrines alien and detrimental to the nation” he had eliminated the rot of atheistic and immoral Jewish philosophy (notwithstanding the fact that Schlick was not Jewish).’

‘Such was politics, and such was philosophy in the 1930s. But do the enigmas of metaphysics always serve as tools of reaction? And is there really anything inherently democratic about empiricist demands for clarity and plain-speaking? Readers are left to make up their own minds, but for those concerned by contemporary echoes of Reichstag-storming, book-burning and right-wing extremism, the Vienna Circle’s dual commitment to logical clarity and social justice can serve as a model, in the words of Karl Sigmund, of “exact thinking in demented times”.’

The times of the pandemic are proof that scientific terms do no unite. And we all know that science, or the guise of science, can easily be abused.

Probably the question is: how much unity do we need in order to live peacefully together? My answer, perhaps slightly idealistic: not that much. The interdependence should be obvious.

And to answer one question: empiricist's demands for plain-speaking and clarity are not inherently democratic.

The logical positivist – laudable as they are – underestimated the widespread human need for magical thinking, obscurantism, superstition and of course sentimental poetry and sentimental morality.

(Heidegger was good at hiding his sentimentality.)