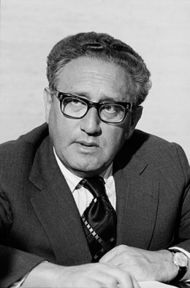 Are the winds of change blowing, here is Friedman in NYT:

‘Leon Trotsky once supposedly observed, “You may not be interested in war, but war is interested in you.” To President Biden I’d say today, “You may not be interested in Middle East peacemaking, but Middle East peacemaking is interested in you.” Here’s why: All three key players in the Israeli-Palestinian conflict have been dealt some huge painful shocks over the past year. They know, deep down, that another round of fighting like the one we saw in the past two weeks could unleash disastrous consequences for each of them. Henry Kissinger forged the first real peace breakthrough between Israelis and Arabs after they were all reeling, vulnerable and in pain as a result of the 1973 War. They each knew that something had to change.
Today, if you look and listen closely, you can sense a similar moment shaping up in the wake of the latest Hamas-Israel war.’

‘As the Guardian columnist Jonathan Freedland put it last week, a new connected generation of progressive left-wing activists in America and in Europe is reframing the Israeli-Palestinian struggle not as a conflict between two national movements, “but as a straightforward matter of racial justice. Note the placards at last weekend’s demonstration in London: Palestine Can’t Breathe and Palestinian Lives Matter.” Many American Jewish college students are either unwilling, unable or too afraid today to stand up in their class or dorm and defend Israel. Democratic lawmakers tell me that they are being savaged on Twitter and Facebook for even remotely suggesting Israel had a right to defend itself against Hamas rockets. A dam has burst.
Which is why I was not the least bit surprised to read that Netanyahu’s longtime ambassador to D.C., Ron Dermer (now retired), bluntly told a conference a few weeks ago that “Israel should spend more of its energy reaching out to ‘passionate’ American evangelicals than Jews, who are ‘disproportionately among our critics,’” Haaretz reported.
Let me know how that works out for you. If Israel loses the next generation of liberal Americans, including liberal Jews, it is in for a world of political hurt that no amount of evangelical support will be able to blunt.’

‘So I am dubious, to say the least, about the prospects for peace. What I am not dubious about, though, is this: the pain on all the actors in this drama — from more accurate rockets to more global boycotts to more homes destroyed that no foreigners want to pay to rebuild to unemployment to more inflammatory social networks to more anti-Semitism — is only going to intensify.
So, my message to Biden would be this: You may be interested in China, but the Middle East is still interested in you. You deftly helped to engineer the cease-fire from the sidelines. Do you want to, do you dare to, dive into the middle of this new Kissingerian moment?’

The Camp David accords changed the equation, but didn’t solve the problem.
Even if this turns out to be a Kissingerian moment, it’s unclear what breakthrough will come out of this moment?

Yes, Israel is a pariah (kind of) among the progressive elite in the West, but this has been the case since 2007? Maybe earlier.
The Lebanon war of 1982 was the beginning of this development.

Whether the progressive elite in the West will be able to change Israel’s policies or the policies of Hamas for that matter is doubtful. (My answer would be: no.)

I’m afraid that change in the Middle East will only come after more bloodshed.
The balance of power i.e. the balance of terror is unjust, undesirable and potentially dangerous, but balance is balance.

Also Friedman forgets that Hamas and Israel strengthen each other.