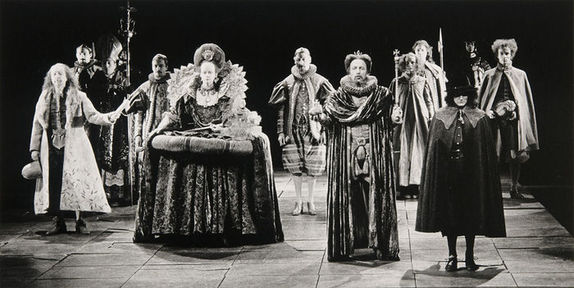 On speaking and not speaking – Adam Phillips in LRB:

“The advantage of lying on the floor, Kafka once noted in his diary, is that there is nowhere else to fall. But this is a freedom from, not a freedom for: he is freed of the anxiety of falling but says nothing about what he wants this freedom to do. Lying on the floor, in other words, is not the precondition for doing something else. If Kafka has a subject, it is exclusion – the feeling of being left out. It is a feeling of being alien, or strange, or unable to participate (or, in his personal life, unable to marry), and he turns this feeling of being excluded into the wish to exclude himself. When Kafka’s heroes, or anti-heroes, aren’t describing just how excluded they are – even from the Law, which by definition is meant to include everybody – they are discovering in some uncanny way that they have excluded themselves without noticing. And, perhaps worse, without anyone else noticing, or caring.”

“Two months after writing about the Olympic champion, Kafka, who was himself a keen swimmer, wrote something else about swimming: ‘I can swim like the others, only I have a better memory than the others, I have not forgotten my former not-being-able-to-swim. But because I have not forgotten it, the being-able-to-swim does me no good, and I still cannot swim.’ Since there was – and still is – a time before we could swim we are always, somewhere in ourselves, people who can’t swim. In this story, exclusion always precedes inclusion, and we are always haunted by our being left out. The person who can’t swim is always with us. And the question, as Freud attempted to formulate and formalise, is this: what kind of relationship do we have with these former selves? As children growing up, we are initiated in sociability and eventually included in the adult world – or at least that’s the official story. But the fact that we were once unable to swim means we still can’t really swim, even if we win an Olympic swimming medal.”

“We are always left out, especially when we seem to be included. ‘There is hope,’ Kafka wrote, ‘but not for us.’ Since the essential thing is there but not for us it is in a sense not really there – much as an Olympic victory isn’t there for a swimmer, because once the swimmer couldn’t swim and therefore can’t have won at all.”

“To be a person – at least a modern person – is to be excluded from oneself and others. For the more obviously excluded – for, say, émigré Jews of Kafka’s generation in antisemitic societies like Prague – the available options included assimilation or Zionism, both exclusionary. But there was also Kafka’s qualifying question and answer: ‘What do I have in common with the Jews? I have nothing in common with myself.’”

“In Freud’s view, people want to have as little in common with themselves as possible. The Jews may not have been acceptable to Viennese culture, but then no one is remotely acceptable to themselves. Human beings, as Freud saw it, are radically at odds with who they take themselves to be. And in Lacan’s more radical reading of Freud, Freud is saying that ‘whatever we take ourselves to be we are not.’”

“At first we can’t speak, and then we speak, and one of the things we use language to do, once we have it, is to exclude. And yet, as in Kafka’s formula, because we couldn’t speak initially, we can’t really speak. Or, as Freud puts it, when we speak we never really quite know what we’re saying. We say more than we intend, and we omit more than we recognise.”

“If I’m not invited to the party, I may have to consider what else I want: the risk is that being invited to the party does my wanting for me, that I might delegate my desire to other people’s invitations. Already knowing, or thinking we know, what we want is the way we manage our fear of freedom. Wanting not to be left out may tell us very little about what we want, while telling us a lot about how we evade our wanting.”

“Wanting, in the psychoanalyst Robert Stoller’s phrase, to ‘turn trauma into triumph’, the tragic hero tries to turn the tables. Being left out begins as tragedy, and tragedy, Freud suggests, is integral to development. So the developmental question – the moral question – is this: is there another and better solution to feeling left out than revenge? If we don’t retaliate, against others and against ourselves, what else can we do? If I murder the woman or man who betrays me, I turn passive into active: they organised my exclusion, so I organise theirs. But if I kill the woman I love, a woman I believe has betrayed me, I am forever excluded from her company. Revenge makes exclusion permanent.”

“In his unknowing, the child projects his own violence into the scene and perceives sex as male aggression. (The child, like the psychoanalyst, becomes a theorist of sexuality.) What this shows is how difficult it is to tell the difference between what we think we are left out of and our projected imagining of it. We are likely to imagine that we are left out of the thing we think we most need. Tell me what you feel left out of and I will tell you what you think you want.”

“Freud, like Kafka, always wanted to find new ways of talking about exclusion. For Jews in Europe – in those cities at that time – it’s unsurprising that this would be an essential perplexity. And yet neither is involved in special pleading, and neither has explicit recourse to writings in any kind of Jewish tradition. Neither was a religious Jew even though both were acutely aware of themselves as Jews – a more paradoxical position than it may seem. Kafka and Freud tell mostly secular or secularised stories about being left out, and their references and allusions are to the Western literature through which they aspired to educate themselves – to traditions alien to their parents and to earlier generations. They emulated, therefore, what was foreign to them, and to their own traditions. Both insist that being and feeling left out are human problems, that no one is or has ever been excluded from the experience of being left out.
And that left-outness begins to seem the key to something. ‘Tell me what you are haunted by,’ Breton wrote in a famous Surrealist motto, ‘and I will tell you who you are.’ Neither Freud nor Kafka is saying ‘tell me what you feel excluded from and I will tell you who you are,’ but they are saying that feeling left out is constitutive of who we take ourselves to be. Or even that so-called identity may be our self-cure for experiences of exclusion, that identities are the artefacts we make as the solution to being left out. We organise ourselves around these experiences of exclusion, and we narrow our minds to deal with them. And identity, like exclusion, makes us violent.”

“And fallenness itself, of course, is the primal scene of Judeo-Christian culture. We have become who we are, who we think of ourselves as being, through the exclusion caused by a refusal of exclusion. Adam and Eve were expelled from Eden because they refused to be refused access to something God forbade them. Everything depends on what you refuse to be left out of, and why. Or, since you are left out, everything depends on what you do about your exclusion, and do with it. The question is how you interpret your left-outness and exile, and Hamlet and Satan are interpreting all the time. Exclusion, as both Hamlet and Paradise Lost show us, is the medium for self-recognition. An identity is what you are left with, what you come up with, after being left out: it is a self-cure for alienation. Desiring and thinking and questioning and imagining are what we do after the catastrophe of exclusion. We are shocked into necessary forms of self-identification. We try to make ourselves recognisable to ourselves and others, as though the foundation of what we call identity is not having one. On Kafka’s principle – I can’t really swim because I was originally unable to swim – since I didn’t originally have an identity I don’t really have one. ‘Do you know who I am?’ the excluded say to their excluders, and then proceed to tell them, or try to tell them. And to tell themselves.”

“Because we had parents, because we are (in Alasdair MacIntyre’s phrase) ‘dependent rational animals’, because we were excluded from our own invention, we must invent ourselves. In the aftermath of their catastrophes we see Hamlet and Satan working out who they can be now, and who they can be next. Once there has been an exclusion, a catastrophic loss, the story can begin. We only start out after being left out. Hamlet has difficulty asserting himself; Satan boastfully and blatantly reinvents himself. Each is seeking a different solution to the same problem.”

“Here again Kafka may be instructive: because originally I wasn’t betrayed I can’t really have been betrayed. So what have I become that made betrayal possible?”

This is an important piece worth reading carefully.

It all starts with exclusion. Identity, wanting, desire.

Knowing who we are is way of dealing with our fear of freedom. We evade other possibilities, other desires, other storylines.

I sympathize with Lacan: whatever we take ourselves to be we are not.

And identity is not so much or not only built on perceived enemies but also on betrayal and rejection. We need to be rejected and to reject in order to believe that we know who we are. (We are rejected.)
But then Kafka asks: what were we before we were rejected?