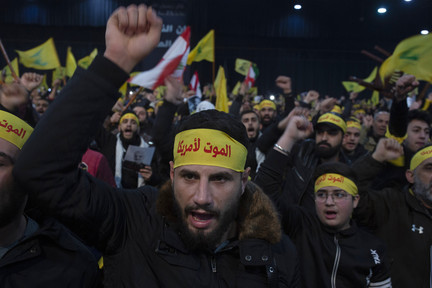 On the last war – Adam Shatz in LRB:

“While 90 per cent of its rockets were repelled by Iron Dome, Israel’s defence system, 100 per cent hit their other target: the Palestinian Authority, which looks even more impotent than usual. Hamas’s performance in the war has not only raised its prestige among Palestinians; it has made them forget for the moment its mismanagement and authoritarian rule inside Gaza. If the PA held an election, Hamas would almost certainly win, which may be the real reason that, in late April, President Mahmoud Abbas indefinitely postponed the legislative election scheduled for 22 May.
Privately, Netanyahu and the Israeli army have always had an interest in keeping Hamas in power in Gaza. Israel allowed the movement to flourish in its early years as a counterweight to the secular nationalists of the PLO. Hamas’s rule in Gaza kept the Palestinians divided, and Palestinian political fragmentation has always been a key Israeli objective. Several Israeli pundits have suggested that Netanyahu deliberately provoked Hamas in order to prevent his opponents from establishing a governing coalition. Israel has had four elections in two years, and if he fails to hold on to power, he could face corruption charges and a prison term. In the lead-up to Hamas’s rocket barrage, he pursued a series of flagrantly reckless policies: closing off the plaza outside the Damascus Gate during Eid – Muslim families gather there to celebrate the end of the fast – and violently raiding the prayer rooms of the mosque itself. Oppression alone seldom detonates revolt; humiliation – what the Algerians call hogra – is also necessary. Netanyahu supplied it in abundance. As soon as Hamas responded to the provocations in Jerusalem, the right-wing politician Naftali Bennett, of the Orthodox Zionist party Jewish Home, pulled out of talks to form an anti-Netanyahu coalition. Yair Lapid, another Netanyahu opponent (centrist by Israeli standards, right-wing by any other), praised the military campaign. On Israeli television, Ariel Sharon’s son explained what he considered the appropriate response to rocket fire from Gaza: ‘You strangle them. No water, no electricity, no food, no gas, no medical treatments. Nothing.’”

“For the first time in Israel’s history, its security forces found themselves simultaneously engaged in the Gaza Strip, in East Jerusalem, in the occupied West Bank and – most troubling of all for Netanyahu – in Israel’s so-called ‘mixed cities’, where well-organised Jewish militias attacked Palestinian citizens, who in turn attacked Jews and set fire to synagogues. The attacks by Jewish mobs inside Israel, often with the police standing by, has stirred painful memories among Palestinian citizens of the killing of thirteen protesters in October 2000, and intensified already acute feelings of disenfranchisement and discrimination. These are grievances that a ceasefire between Israel and Hamas is powerless to address, any more than it can address the root causes of the war.”

“For a growing number of Americans on the left, especially young people, Israel is seen not as a democracy but as a brutal and racist ethnocracy. Radicalised by the Black Lives Matter movement, and sensitive to questions of racial privilege, white supremacy and state violence, they find it impossible to defend a state founded on what B’Tselem calls ‘Jewish supremacy’. Jewish structural supremacy over the state and its resources, which has always existed, is now enshrined by the 2018 Basic Law. In the words of the law, ‘the right to exercise national self-determination in the state of Israel is unique to the Jewish people.’ (Netanyahu’s father, Benzion, put it more bluntly in 2012: ‘This land is Jewish, it is not for the Arabs. There is no place here for the Arabs, and there will be no place for them.’) The presence of Palestinians is merely tolerated and generally ignored, as though they were ghosts in the land: this is the reality of the ‘coexistence’ whose sudden unravelling has been lamented in the last few weeks.”

“Palestinian citizens comprise little more than a fifth of the Israeli population. During the first eighteen years of Israel’s existence, they were ruled by a military government and subjected to various repressive measures, including sharp restrictions on their freedom of movement. Violations were met with harsh punishment. In 1956, 48 residents of the Palestinian town of Kafr Qasim, returning from work at the end of the day, were killed by Israeli police for breaking a curfew of which they had not been informed. Palestinians who had managed to avoid being expelled in 1948 were originally known as ‘the non-Jewish minorities’ or as ‘Israel’s Arabs’, or even as ‘our Arabs’. As the historian Shira Robinson writes in her book about the period, Citizen Strangers (2013), any mention of their Palestinian identity could ‘serve as an unwanted reminder of their collective history, culture, and ties to the land’. Israel’s leaders were determined to turn them into Israelis, even as they denied them full citizenship and promoted what they called du-kiyum, ‘coexistence’. A year after the Kafr Qasim massacre, the military government staged a sulha, a ceremony of reconciliation where the families of victims sat next to their oppressors (the killers themselves were initially invited). The Palestinian-Israeli writer Emile Habibi, a Communist deputy in the Knesset, described the sulha as a ‘moral massacre even more savage’ than the event itself. Two years later, Ben-Gurion amnestied the killers and appointed several of them to top government posts.
The Palestinian citizens of Israel have faced not only official erasure of their national origins, but accusations of treason from Arabs living abroad, as if remaining on their land was not in itself a form of resistance to Zionism. They have achieved a measure of professional ‘integration’ – half of Israel’s pharmacists and a fifth of its doctors are Arab – while continuing to cultivate their identity as Palestinians, and to repel the many threats to their continuing presence. In recent years, Arab communities in Israel have faced a dramatic rise in violent crime, much of it connected to drug traffic. The Israeli police has largely ignored the problem, because Jews aren’t affected (much as the American police have often ignored black-on-black violence). The mixed cities, where sizeable Arab populations live alongside Jews, many of them poor and working-class, have become flashpoints of intercommunal tension since the arrival of Jewish settlers from the Occupied Territories. Emboldened by the Netanyahu government and the Basic Law, they have set up Zionist enclaves in a brazen effort to render Palestinian residents as uncomfortable as possible, in the hope of encouraging them to leave.”

“Whether or not the events of the last few weeks amount to a third intifada, they are a collective refusal of what the Israeli sociologist Baruch Kimmerling called Palestinian ‘politicide’, the ‘gradual but systematic attempt to cause their annihilation as an independent political and social entity’, and an insistence on their shared identity as Palestinians fighting the same struggle, on different fronts, for equal rights, freedom and dignity. The general strike on 18 May, which many likened to the strike of 1936, was yet another sign of renewed solidarity. This is a weapon that Iron Dome is not designed to contain.”

Can you have a one-state-solution without politicide in one way or another?

Hamas might win elections, especially because PA is seen as bunch or corrupt privileged gangsters by many other Palestinians, but what Shatz ignores is that for most actors involved, Hamas, Iran, Israel, Hezbollah, Syria, the conflict is an asset.
The end of the conflict is a bigger problem for them than the conflict.

It's hard to see how progressives in the US or Europe will change this.