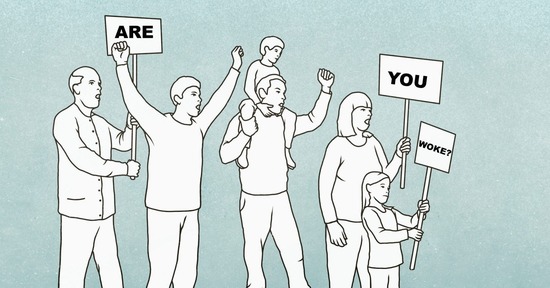 Op pluralism and purism – Thomas B. Edsall in NYT:

‘There are of course plenty of people who sharply defend the progressive wing of the Democratic coalition.
Elizabeth Rose, a law student, argued, for example, in “In Defense of Cancel Culture” last year that “for all the condemnations on cancel culture as an un-American speech suppressing monster, I would argue that cancel culture is incredibly American.” Cancel culture, she continued, is essentially a boycott. It’s refusing to participate or support those that promote racist, homophobic, sexist, transphobic, or otherwise ignorant behavior. Protest is at the heart of this country and it shouldn’t be limited in the name of making already powerful people feel safer to spew ideas that are not tolerable in today’s society. Because exposure by millions is so easy now with social media, celebrities, rich, powerful, connected, and beautiful, can no longer get away with disrespecting human dignity. They are not being held to a higher standard for being a public figure, they are being held to the bare minimum.
In a New Republic essay in 2019, “The Strange Liberal Backlash to Woke Culture,” Ryu Spaeth makes an interesting argument that aligns with Rose’s: The foot-stamping insistence on individual rights obliterates what should be a tension between those rights and the well-being of the community as a whole. This is all the more relevant at a time when the political implications of unbridled individualism, represented by capitalism’s self-made man, have never been clearer.
In this contest, Spaeth continues: There must be a way to express oneself while also ensuring that others aren’t silenced, oppressed, and forgotten. There must be a way to protect the individual while addressing dire problems that can only be fixed collectively, from environmental collapse to systemic racism and sexism. To err on the side of solidarity, even against one’s strongest emotions, is not to sacrifice our individual humanity. It is to accept what Elizabeth Bennet (in “Pride and Prejudice”) finally learned: that the truth will set you free.
Or take this defense of the call to “defund the police” by Rushi Shah, a graduate student in computer science at Princeton’s Center for Information Technology Policy. Shah wrote an op-ed in the Jan. 21 Daily Princetonian: The police determine when to escalate a situation through violence based on their own discretion of what counts as a crime and who is culpable. The past year has shown how that discretion is racist to this day: rubber-bullet rifles for Black Lives Matters protesters and red carpets for white supremacists.
Given this reality, Shah continued, We should conclude that the police must be defunded, because they overwhelmingly use their budget to harm people of color and to stoke white supremacist movements. With that conclusion in mind, and in the service of humanity, we as Princeton students, staff, professors, administrators, and trustees can contribute to the ongoing effort to defund the police. You may be wondering what exactly people mean when they say, “defund the police.” Yes, we mean literally abolish the police.’

‘In much gentler terms, Barack Obama has voiced analogous concerns. “This idea of purity and you’re never compromised and you’re always politically woke and all that stuff, you should get over that quickly,” Obama famously declared in October 2019: The world is messy. There are ambiguities. People who do really good stuff have flaws. People who you are fighting may love their kids and share certain things with you.
James Carville, the top strategist for Bill Clinton’s 1992 presidential campaign, was succinct in his assessment. He recently told Sean Illing, a writer at Vox: Wokeness is a problem and everyone knows it. It’s hard to talk to anybody today — and I talk to lots of people in the Democratic Party — who doesn’t say this. But they don’t want to say it out loud.
“Why not?” Illing asked.
“Because they’ll get clobbered.”’

‘I asked Jonathan Rauch, a senior fellow at Brookings and the author of the new book “The Constitution of Knowledge: A Defense of Truth,” about the lack of pushback, and he suggested a series of factors: • “The younger generation (wrongly) perceives free speech as hazardous to minority rights.” • “The purist side has had more passion, focus and organization than the pluralist side.” • “Universities are consumeristic these days and very image-conscious, and so they have trouble withstanding pressure from their ‘customers,’ e.g., activist students.” • “The use of social pressure to manipulate opinion is a powerful and sophisticated form of information warfare. Anyone can be dogpiled in minutes for any reason, or no reason.” • “Activists have figured out that they can have disproportionate influence by claiming to be physically endangered and psychologically traumatized by speech that offends them.” Randall Kennedy, a law professor at Harvard and the author of the forthcoming book “Say It Loud! On Race, Law, History and Culture,” cited in an email a similar set “of reasons for the deficient response to threats against freedom of thought, expression and learning emanating from the left.”’

Wokeness in the end is purism.

There are on the one hand image-conscious universities, publishers, magazines et cetera, on the other hand there is an American majority who is rather repulsed by many if not most of the demands and the tactics that the purists put on display. Perhaps the purists are really avantgarde, but to me they seem to offer community, hell, paradise and a modest attempt at inquisition, that’s not very avantgarde. Especially not in the absence of Dostoevsky.

Th purists form a rather diverse group of people without a very clear idea what they really want to achieve. Protecting minority rights is important, you must be a bully or worse to be against it, but what does it mean? Without sinners i.e. enemies who can be shamed into oblivion the purists have not much to offer besides purism itself. And the thing with purism is, it's never pure enough.

Infighting will be inevitable. Corruption. Leaders who turn out to be compromised by a past.
At least the Bhagwan offered dance parties and an eroticism disguised as mysticism. Even the Bhagwan didn’t end well.