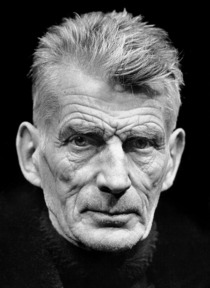 On failure -Mick Herron in TLS:

‘But for Beckett, miserabilist that he was, failure was the only subject, and, notwithstanding the “learning” Branson took from Worstward Ho, his words are not so much about overcoming defeat as accepting its inevitability. Failure is not merely a necessary blip in our narrative arc; it is our lot, in both senses of the word. It’s all we get. This is a viewpoint with which Joe Moran concurs. “Being human means being a failure”, he concludes in If You Should Fail, a short, acute study that aims to examine an occupational hazard we all live with, and to provide solace for its inevitable appearances. Solace doesn’t expect us to learn from our failures – or treat them, heaven forbid, as an opportunity for “personal growth” – but simply to accept them for what they are, as the cost of living. The reader in search of self-help, then, should look elsewhere, but those who value self- respect will find here plenty of food for thought.’

‘ And because writers have their own measurement of failure, a gap visible only to themselves, finished books can also leave scars: the difference between what a book was supposed to be and how it turns out. Small wonder that the most fulfilling period in the professional life of most authors is the span between their first book being accepted for publication and the moment in which it appears, when they discover, like many an author before and since, that publication is a deflating moment, leaving “little doubt about the disparity between [their book’s] dreamt-of and its actual impact”.’

‘Writers generally have one abiding solace, however, and that is a knack for coming up with excellent one-liners to compensate for perceived failures elsewhere. “In the end we are all dead, and none of us is Proust”, writes Anne Enright. There are many such keen observations in If You Should Fail, which is a kind book, and does indeed offer solace. Moran focuses on everyday failure, the sort we are all familiar with, and encourages acceptance rather than a sense of doom. If all our actions feed into the eternal symphony of life on earth, then “Failure is the price we pay for our place in the orchestra”. This is a comforting thought. Moran has written a useful and pleasurable book. There’s no avoiding it: what he has achieved looks very much like success. Although When You Fail would have been a more accurate title.’

One of the big promises of literature, maybe of all art, is: we can turn your failures into a success.
Often the promise is empty but when it’s not empty, when failure is transformed into success, this is the American myth in a few words, the problem is: what comes next?

More failure, more success? Or the realization that success is just failure in disguise.