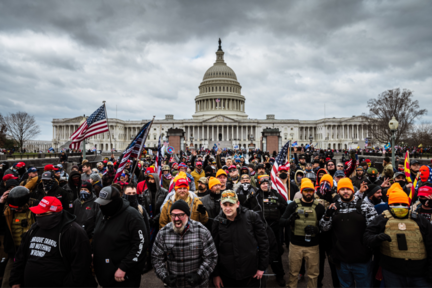 On slowly dying – Susan B. Glasser in The New Yorker:

‘“This generation is going to be marked by the competition between democracies and autocracies,” Biden said, in April, as he lobbied Republicans to support his sweeping, multitrillion-dollar infrastructure bill. “The autocrats are betting on democracy not being able to generate the kind of unity needed to make decisions to get in that race. We can’t afford to prove them right. We have to show the world—and, much more importantly, we have to show ourselves—that democracy works, that we can come together on the big things.” He ended with a typical Biden flourish: “It’s the United States of America, for God’s sake.””

‘Senate Minority Leader Mitch McConnell, who is so far delivering on his pledge to focus a “hundred per cent” on blocking Biden’s agenda, even claimed that an investigation was pointless because it would result in “no new fact.” John Cornyn, a close McConnell ally, from Texas, was more honest, at least, in admitting, to Politico, that the vote was all about denying Democrats “a political platform” from which to make the 2022 midterm elections a “referendum on President Trump.” For his part, Trump has been putting out the word that he plans to run for reëlection in 2024—and exulting in polls showing that a majority of Republicans continue to believe both his false claims of a fraudulent election and that nothing untoward happened on January 6th. Needless to say, these are not the signs of a healthy democracy ready to combat the autocratic tyrants of the world.
“Turns out, things are much worse than we expected,” Daniel Ziblatt, one of the “How Democracies Die” authors, told me this week. He said he had never envisioned a scenario like the one that has played itself out among Republicans on Capitol Hill during the past few months. How could he have? It’s hard to imagine anyone in America, even when “How Democracies Die” was published, a year into Trump’s term, seriously contemplating an American President who would unleash an insurrection in order to steal an election that he clearly lost—and then still commanding the support of his party after doing so.’

‘This is the worrisome essence of the matter. In one alarming survey released this week, nearly thirty per cent of Republicans endorsed the idea that the country is so far “off track” that “American patriots may have to resort to violence” against their political opponents. You don’t need two Harvard professors to tell you that sort of reasoning is just what could lead to the death of a democracy. The implications? Consider the blunt words of Judge Amy Berman Jackson, in a ruling on a case involving one of the January 6th rioters at the Capitol, issued even as it became clear that Republican senators would move to block the January 6th commission from investigating what had caused the riot: The steady drumbeat that inspired defendant to take up arms has not faded away; six months later, the canard that the election was stolen is being repeated daily on major news outlets and from the corridors of power in state and federal government, not to mention in the near daily fulminations of the former President.
It’s worth noting that Jackson released this ruling this week, the same week that Trump issued statements calling the 2020 vote “the most corrupt Election in the history of our Country,” touting himself as “the true President,” and warning that American elections are “rigged, corrupt, and stolen.”’

‘Biden, as expected, said nothing about Trump or the political furor over the January 6th commission. He did not accuse his opponents of trying to ruin the country or call them names. But there was a shift—a noticeable one—from the Biden of previous months. He no longer talked of unity. There were no gauzy paeans to bipartisanship. Instead, there was a list that Biden pulled out from his papers and waved in the middle of his speech, an early salvo, perhaps, in the years-long blame game to come. The list, Biden said, was of congressional Republicans who have bragged about the benefits to their constituents from Biden’s $1.9-trillion covid-relief bill, which passed without a single Republican vote. “Some people have no shame,” Biden said, and then both the President and his audience laughed. Before he returned to Air Force One for his trip back to the White House, Biden was asked to comment on the news of the day, which was not his speech in Ohio but the dysfunction back in Washington. “I can’t imagine anyone voting against the establishment of a commission on the greatest assault since the Civil War on the Capitol,” the President told reporters. “But, at any rate . . .”

It all brought to mind a scene from my time as a correspondent in Moscow. I was at a conference where Grigory Yavlinsky, a leading democratic opposition figure, was asked about the parlous state of Russian democracy under its then new President, Vladimir Putin. He responded with an old Soviet joke about an ambulance driver who picks up a critically ill patient and decides to drive him straight to the morgue. The patient protests that he’s not dead, to which the ambulance driver responds, “We’re not there yet.”’

No, Trumpism is still alive, I would say more alive than Trump himself.

The deterioration of civil discourse in many western democracies is a fact. Without at least an attempt at civil discourse the foundation of democracy rapidly becomes quicksand.