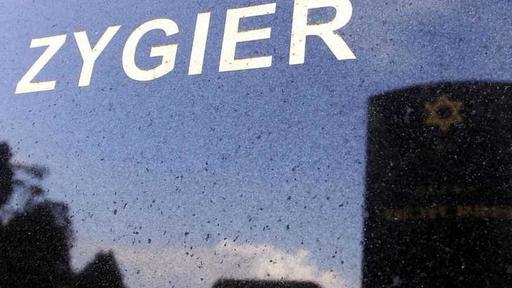 On mysteries – Yaniv Kubovic in Haaretz:

‘An intelligence officer who died in a military prison was buried in a civilian cemetery and will not be recognized as a soldier who died in the line of duty, Haaretz has learned.
The officer died two weeks ago, nine months after he was indicted in military court. The charge or charges against him were subject to a gag order, as was any other information that could be used to identify him by name.
Speaking to Haaretz, acquaintances of the officer, who served in the Israel Defense Forces intelligence branch, described him as an idealistic and brilliant man who succeeded in all the jobs and tasks he was given.’

‘Before he was drafted into the army, he worked for high-tech companies where acquaintances described him as “one of the smartest and most talented people I have ever met,” “a person dedicated to work and a huge contributor” and “a real asset wherever he worked.” One described him as one of the best professionals he had ever encountered even when the man was age 17. “He could do in a few hours things that others would need days or weeks to complete. He made computers look slow the way he thought.”

One man who worked with him said about the deceased officer’s capabilities: “It wasn’t something you could learn – it was a natural talent. Once in a generation, you see someone with abilities like his. The joke was that he would alert our early-warning systems before the systems knew something was up. He was loved by everyone and had the best sense of humor.”’

‘“The officer was arrested following a decision by the military court and the legal process on the matter had not been decided. On the night between May 16 and 17, 2021, the officer was found at a military detention facility in the center of the country in serious medical condition. The officer was transferred for medical treatment to a hospital, where he was pronounced dead. His family was notified.”’

I was reminded of Ben Zygier’s death, who was once referred to as prisoner X. See here.

What happened here remains unclear, but something grave enough, so that this ‘idealistic and brilliant man’ needed to be silenced.

Probably, the details will be forever buried, as happened with Zygier.