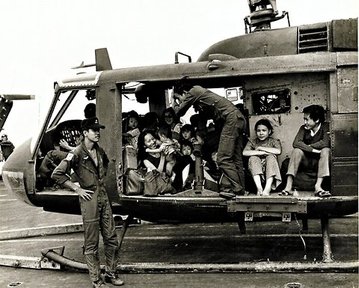 ‘The Taliban have stepped up their attacks on prominent women, especially journalists, politicians and lawyers, so this has become a way of life. Part of her likes angering the Taliban. It makes her feel stronger. She defines herself by her defiance. I doubt that her relatives read the TLS, but you will understand why I am not naming her. The Taliban are not anonymous men in turbans, flying white flags on their motorbikes as they parade along desert roads. This is an intimate war, where the enemy resides in your own family or clan, and where the gap between being on one side or the other may be vanishingly narrow.’

‘The vagaries of American policy are on the minds of everyone I meet. As the US pulls out the last of its troops, the talk in Kabul is of betrayal. Treachery has always been a tactic in warfare here. Villages pledge allegiance to one warlord then another. You see which way the wind is blowing and make your move. But in the eyes of Afghan officials, the recent US deal with the Taliban is betrayal on a different level. Speaking on-camera, senior Afghan officials talk about the “challenge” or even “opportunity” of the US withdrawal, but when the camera is turned off they are frank. Successive US governments rejected the counsel of both Afghan and foreign experts who said that in the end there would have to be a deal with the Taliban, because they are part of Afghan society and cannot be defeated on the battlefield. Then, all of a sudden, President Trump ordered his envoy not only to negotiate with the Talibs, but also to bypass the Afghan government, which the US had spent trillions of dollars defending. President Biden, keen to get US troops back to an America that has tired of foreign adventures, has refused to reverse the policy. Afghan officials say they have been thrown to the wolves.’

‘The Americans, one western diplomat told me, have an exit strategy but no transition plan. Middle-class Afghans, especially young people who have enjoyed a more cosmopolitan life in Kabul, are decamping to Istanbul or Dubai. Officials in Kabul watch aghast as their western friends further undermine the dwindling confidence in the Afghan government. The Australians have shuttered their embassy, fearing civil war. Other countries are quietly reducing numbers. The British have offered asylum to their local embassy staff and families. In the back of everyone’s minds is the image of a helicopter taking off from the US embassy in Saigon in 1975 with US personnel on board and desperate Vietnamese allies abandoned to the mercies of the Viet Cong.’

‘My poetic references are British not Afghan, so I found myself thinking of passing bells and “the stuttering rifles’ rapid rattle”. Al-Qaeda’s attack on the Twin Towers in New York in 2001 changed the course of history, but after two decades of military expeditions, America is now drawing back into itself. President Trump said he wanted to end “forever wars”, but for Afghans the war will not end. It will enter a new and more perilous phase.’

The moral: as long as it’s not our forever war it can go on forever.