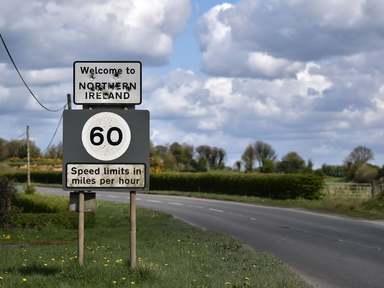 On the G7 and the Irish border – Heather Stewart, Peter Walker and Kim Willsher in The Guardian:

‘While Brexit does not feature on the formal agenda, Johnson having recently told Atlantic magazine recently: “We’ve sucked that lemon dry,” the US is concerned about Frost’s tactics over the implementation of post-Brexit border checks in Northern Ireland.
Frost has made a number of combative interventions in recent days, complaining about the “legal purism” of the EU’s approach to implementing the protocol, which he negotiated, and Johnson signed up to.

The government’s former chief law officer, Jonathan Jones, who resigned over Brexit, tweeted: “Is ‘legal purism’ what we now call ‘applying the law’?” Biden’s national security adviser, Jake Sullivan, had hammered home Washington’s message on the way to London on Thursday, telling journalists: “Any steps that imperil or undermine the Good Friday Agreement will not be welcomed by the US.”’

And the Irish border was the real time bomb of Brexit.
But of course, sometimes the time bomb turns out to be sustainable, in other words, you can live with a time bomb for a while.