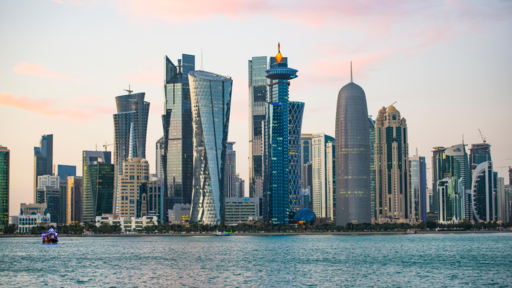 On reaping the fruits - Zvi Bar'el in Haaretz:

‘The week the Taliban took over Kabul, a long convoy of buses followed Qatar’s ambassador to Afghanistan, Saeed bin Mubarak, on the way to the capital’s airport. The buses carried some 250 students and teachers who were extracted from a girls’ boarding school. They all boarded Qatar Airways planes and landed safely at Doha’s airport.
That same week, Qatar brought tens of thousands of Afghan asylum seekers to its territory via Taliban road blocks. The embassy staff and even the ambassador himself personally accompanied the convoys to the airport, and they were later given temporary housing in Qatari and U.S. military camps in Qatar and provided with food and drink. By August 31, about 55,000 Afghans landed in the Gulf state, most of whom are now waiting to travel to other countries.’

‘For the tens of thousands who were left behind, terrified of persecution by the Taliban, Qatar is the buffer that could perhaps ensure their safety. Without Qatar’s mediation and involvement, the U.S. withdrawal would likely have been much more violent and bloody.’

‘Qatar became a key state in the United States’ relations with the Islamist group, and arranged last month’s meeting between CIA chief William Burns and the Taliban’s leadership. Qatar is now running negotiations with the Taliban over managing and safeguarding Kabul’s airport, which will enable Taliban to start to rebuild Afghanistan and forge international ties. Controlling the airport will be the Taliban’s first and most important test.’

‘Turkey and Qatar also support the Muslim Brotherhood and Hamas, cooperated in the Syrian arena and are working together in the war in Libya. They both support the recognized Libyan government, in contrast to Saudi Arabia, Egypt, UAE and Russia, who support the separatist General Khalifa Haftar. The two countries are not members of the Arab coalition that Saudi Arabia set up to fight Iran’s influence.
Now they may both reap the fruit of their alliance in Afghanistan. If Turkey had a reason to fear U.S. President Joe Biden’s policy toward it, and perhaps additional sanctions due to its buying Russian missile systems and human rights violations, now it’s becoming a welcome ally. The American administration, which doesn’t rule out ties with the Taliban, has no official connection to the Afghan militants and will need all the mediation it can get, even if the mediator is Turkey, not to mention its partner Qatar.’

‘Bin Zayed provided no public explanation for the turnaround in his policy, but it is believed that after Trump signed the withdrawal agreement with the Taliban and Biden pledged to see it through, and following the effort to revive the nuclear agreement with Iran, the UAE reexamined its relationships in the region. It began to search for a strategic safety net that wouldn’t be entirely dependent on the United States.’

‘This makes the statements of Iran’s president, Ebrahim Raisi, increasingly relevant: He said that forming relations with neighboring countries is his top diplomatic priority. He was talking mainly about Iran’s relations with Saudi Arabia. They both have a new interest in cooperating with each other in light of the Taliban’s takeover of Afghanistan.
Saudi Arabia fears that Islamist organizations within its borders will be empowered, and Iran is afraid that Sunni Islamic terror will spill over into its territory. Both have maintained good relations with the Taliban and financed its leadership and activity. Now they must ensure that their investments were not in vain, and won’t boomerang back at them.
The kaleidoscopic shifting of international relations will require Israel to examine its place in the newly-forming alignment. The idea that there’s a pro-U.S. bloc that provides Israel with a military and diplomatic safety net and acts alongside it as an informal coalition against Iran, is beginning to fall apart.’

‘The Turkish diplomatic spring, which consists of the country’s overtures to Israel, Egypt, the UAE and Saudi Arabia, requires Israel to consider joining this process so as not to get left out. These new dilemmas are part of the butterfly effect the Taliban has initiated, and are making it very clear that the peace agreements Israel has signed with a number of Arab states require diplomatic adjustments it didn’t need in the past.’

It might be too soon for conclusions but it seems that Turkey is one of the winners of the Taliban butterfly effect.

Iran and Saudi-Arabia, archenemies, both financed the Taliban, both are now fearing the effects of a Taliban takeover.

Keep also in mind that the US might be willing to see the Taliban as a partner against ISIS-K. With Qatar as the liaison for the Taliban and the CIA.