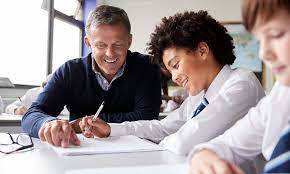 ‘The cultural fascination with professor-student affairs seems to have grown in step with policies restricting them. (“Be careful,” the dean warns Bill in “The Chair.” “This department is hanging on by a thread.”) Policies prohibiting professor-student sex — “consensual relationship policies” as they are usually known — are now common in the United States. A 2014 study found that 84 percent of the American universities surveyed had some prohibitions on professor-student relationships. In 2010, Yale strengthened its restrictions: Previously, it had prohibited relationships between professors and students whom they supervised (or were likely to supervise), but now it imposes a blanket ban on all relationships between faculty and undergraduates. Many other universities, including Harvard, Stanford, Columbia and Duke, followed the move to stricter, all-out bans.’

‘But in the last two decades these arguments have been less prominent, and comprehensive bans on teacher-student relationships have had little pushback from feminists. This is in keeping with a deepening feminist anxiety as to whether true consent is possible when sex is marked by an imbalance of power. The feminists of the #MeToo movement have relied on this notion not only to condemn the predatory actions of Harvey Weinstein, but also to explain what’s wrong with stickier cases: Aziz Ansari and the “date gone bad,” middle-aged men who date 18-year-olds, a U.S. president who has sex with an intern.
In many ways the contemporary focus on consent is a victory. Historically, sexual assault was defined not by the absence of consent but by the presence of force, which meant that the countless women who froze with fear or chose to submit rather than face the alternative were not, legally speaking, raped. But in recent years our interest in consent has become single-minded. The habit of viewing all kinds of exploitative, creepy or troubling sex solely through the lens of consent has left us unable to speak, in many situations, about what is really going wrong.’

‘The question, I want to suggest, isn’t whether genuine consent or “real” romantic love is possible between teachers and students. Rather, it is whether, when professors sleep with or date their students, real teaching is possible.
Teachers, as teachers, understand how to do certain things; students, as students, want to understand how to do those same things. The tacit promise of the classroom is that the teacher will work to confer on the student some of his knowledge and understanding. In the best case, the teacher-student relationship arouses in the student a strong desire, a sense of thrilled if inchoate infatuation. That desire is the lifeblood of the classroom, and it is the teacher’s duty to nurture and direct it toward its proper object: learning. The teacher who allows his student’s desire to settle on him as an object, or the teacher who actively makes himself the object of her desire, has failed in his role as a teacher.’

‘So, even now, the difference between women and men in how likely they are to see their teachers as role models rather than sexual partners isn’t the effect of some natural difference in disposition. It is the result of how they have been raised to be in the world. Many professor-student relationships reproduce the gendered dynamics on which they feed, by making sure that the benefits of education will not accrue equally to men and women.
If so, there is a case to be made that even genuinely consensual professor-student relationships, while not instances of sexual harassment, can constitute sexual discrimination, outlawed by Title IX of the Education Amendments of 1972. According to the conventional legal understanding, discriminating “on the basis of sex” involves treating women and men differently. Clearly, the male professor who has sexual relationships only with women students does just this. Bisexuality poses a problem for this understanding of sex discrimination. (Can it be sex discrimination if a boss hits on both his female and male subordinates?) This is one reason to favor an alternative understanding, sometimes invoked by the courts, of what it means to discriminate “on the basis of sex.” For Catharine MacKinnon, Lin Farley and other feminist pioneers of sexual harassment theory, the essence of sex discrimination lies not in differential treatment but in treatment that reproduces inequality. Take the boss who hits on his secretary, a woman. The problem isn’t that the boss doesn’t also hit on his male underlings, but that his unwanted sexual advances, as Ms. MacKinnon puts it, “express and reinforce the social inequality of women to men.” The same, I think, can be said of some consensual professor-student relationships.’

‘None of this is to say that we cannot use the law, and Title IX specifically, to make university campuses more equal. But it is to recommend caution. It is not enough for us to think about what, as a matter of principle, the law should say; we must also think about what, in practice, the law will be used to do, and against whom. The law is a powerful tool, but it can also be blunt. It is also not the only tool available.
Rather than looking to the law, professors might look to themselves. Graduate students tend not to receive much instruction in how to teach — much less in how to negotiate the strong feelings (of desire and elation, but also of anger, frustration and disappointment) that can charge the classroom. Likewise, we rarely discuss what to do about the fact that teacher and student are not just abstract intelligences, but embodied creatures. Writing about her experience as a new professor, the Black feminist bell hooks observed: “No one talked about the body in relation to teaching. What did one do with the body in the classroom?”’

‘In my very first week as a new professor, I attended a dinner with faculty members and graduate students in my department. I was closer in age to the grad students than I was to most of the faculty members, and I remember feeling relaxed and happy in their company. After dinner, the wine not yet finished, everyone buzzing, a senior professor told me he was calling it a night. Eyeing two graduate students horsing around across the table, he laughed: “When they start sitting on each other, I think it’s time to head home.” He was right, and I followed him out, leaving my students to get on with it.’

This was a rather wordy essay, but it comes down to this. Some people might be legally adults, but they are still too young for consent in certain situations. And where there is successful knowledge transfer eros is not far away, but the professor should not sexualize it.

So when there is genuine love between a professor and a student, wait till the student has left the university, wait for the next life or buy a doll and treat this doll as the stand-in of the professor or the student.

This piece is betting on the hope that most desires can be successfully suppressed. I’m not so sure.