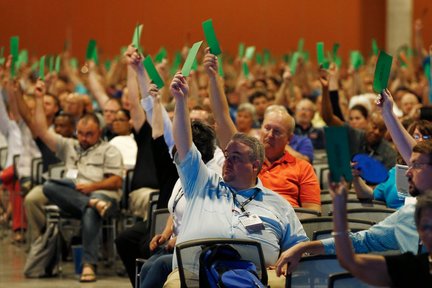 On abortion – Thomas B. Edsall in NYT:

‘As recently as 1984, abortion was not a deeply partisan issue.
“The difference in support for the pro-choice position was a mere six percentage points,” Alan Abramowitz, a political scientist at Emory University, told me by email. “40 percent of Democratic identifiers were pro-life, while 39 percent were pro-choice. Among Republican identifiers, 33 percent were pro-choice, 45 percent were pro-life and 22 percent were in the middle.” By 2020, Abramowitz continued, 73 percent of Democratic identifiers took the pro-choice position, while only 17 percent took the pro-life position, with 10 percent in the middle. Among Republicans, 60 percent took the pro-life position while 25 percent took the pro-choice position and 15 percent were in the middle. The difference in support for the pro-choice position was 48 percentage points.
This split was an even wider, 59 points, among “strong partisans, the group most likely to vote in primary elections,” Abramowitz said.
Crucially, Abramowitz pointed out, opinions on abortion are also closely connected with racial attitudes: Whites who score high on measures of racial resentment and racial grievance are far more likely to support strict limits on abortion than whites who score low on these measures. This is part of a larger picture in which racial attitudes are increasingly linked with opinions on a wide range of disparate issues including social welfare issues, gun control, immigration and even climate change. The fact that opinions on all of these issues are now closely interconnected and connected with racial attitudes is a key factor in the deep polarization within the electorate that contributes to high levels of straight ticket voting and a declining proportion of swing voters.
Some of the scholars and journalists studying the evolving role of abortion in American politics make the case that key leaders of the conservative movement in the late 1970s and early 1980s — among them Richard Viguerie, Paul Weyrich, Phyllis Schlafly and Jerry Falwell Sr. — were seeking to expand their base beyond those opposed to the civil rights movement.’

‘In an email, Stewart expanded on her argument. Abortion opponents are more likely to be committed to a patriarchal worldview in which the control of reproduction, and female sexuality in particular, is thought to be central in maintaining a gender hierarchy that (as they see it) sustains the family, which they claim is under threat from secular, modern forces.
Abortion is among the most intractable issues dividing the parties, with little or no room for compromise.
On one side, opponents of the procedure argue that “at the moment of fusion of human sperm and egg, a new entity comes into existence which is distinctly human, alive, and an individual organism — a living, and fully human,” as the Center for Human Dignity puts it in the pamphlet “The Best Pro-Life Arguments for Secular Audiences.” On the other side, abortion rights proponents contend, in the words of the Center for Reproductive Rights, that “Laws that restrict abortion have the effect and purpose of preventing a woman from exercising any of her human rights or fundamental freedoms on a basis of equality with men.” It wasn’t always this way.
Fifty years ago, the Southern Baptist Convention meeting in St. Louis approved what by the standards of 1971 was a decisively liberal resolution on abortion: Be it further resolved, that we call upon Southern Baptists to work for legislation that will allow the possibility of abortion under such conditions as rape, incest, clear evidence of severe fetal deformity, and carefully ascertained evidence of the likelihood of damage to the emotional, mental, and physical health of the mother.
This year, at a June meeting in Nashville, the Baptist convention demonstrated just how much has changed on the religious right when it comes to abortion. Members endorsed a resolution declaring: “We affirm that the murder of preborn children is a crime against humanity that must be punished equally under the law,” pointedly repudiating past equivocation on the issue: We humbly confess and lament any complicity in recognizing exceptions that legitimize or regulate abortion, and of any apathy, in not laboring with the power and influence we have to abolish abortion.’

‘Jefferson Cowie, a historian at Vanderbilt, argued in an email that “there are three dimensions to the question of abortion.” The first, he notes, is an obvious and genuine concern for fundamentalist Christian morality among the Southern polity. Some are clearly motivated by the obvious: they think abortion is wrong. Such views are a minority in this country, but they are highly concentrated in the South.
The second, he continued, is the politicization of the issue to rile up the electorate. This is less about policy and more about pure and simple voting harvesting. Obviously, there is very little support for neonatal care or curbing the death penalty, so “pro-life” is a ridiculous misnomer. They are less pro-life than they are pro-political power — their own.
The third, in Cowie’s view, is The overlooked part: the deep resonance of state and regional sovereignty. Regional politics is still defined by a resistance to federal authority. If the federal government can run any aspect of regional culture or politics, the logic goes, then they can run it all. This has been a concern on just about everything since Reconstruction, including lynch law, fair employment practices, the Brown Decision, busing, prayer in schools, and abortion. This issue runs deep — consider the career of George Wallace who liked to say the federal government has put the courts in schools and taken God out. This is the remnants of the Lost Cause still blowing in the political winds.
Darren Dochuk, a professor of history at Notre Dame and the author of “From Bible Belt to Sunbelt: Plain-Folk Religion, Grassroots Politics and the Rise of Evangelical Conservatism,” argued in an email that the strength of the opposition to abortion in the South grows out of the unique tensions in the region between notions of manhood and evangelical attempts to control the sins of men: There has always been a tension in southern life between the ideals of rugged masculinity and expectations of evangelical propriety. In the early twentieth century, preachers and earnest parishioners did their part to reign in the worst excesses of southern manhood, be they related to drink or sex or violence; waging war on sin was their calling, protecting home and hearth, and securing Christian male headship of them, their main concern. This tension was also a dynamic one in that excessive sin also led to heightened evangelistic fervor; the greater the sin the greater the salvation, meaning masculine indiscretions were in subtle ways allowed, even celebrated, among the churchly crowd as justification for an equally aggressive response.
“Since the late 1970s, however,” Dochuk wrote, Southern evangelicalism as a whole has become more welcoming of the type of rugged masculinity that the southern sinners of yesteryear often displayed. For theological as well as cultural and political reasons, the southern evangelical majority, whose prescripts and sentiments now pervade all corners of southern rural culture, has increasingly embraced a muscular Christianity that deems protection of home and hearth and all facets of family values, and notions of life and liberty, associated with them a cause worth waging with all the force and abandon required.’

Harvesting votes, cementing imaginary communities i.e. majorities, opposing the federal government, this is mostly what the fight against abortion is.
And of course, the hatred of abortion is the hatred of the civil rights movement, as is pointed out in Edsall’s article.

The fetus comes in handy to undo some if not all of the achievements of the 50s and 60s.