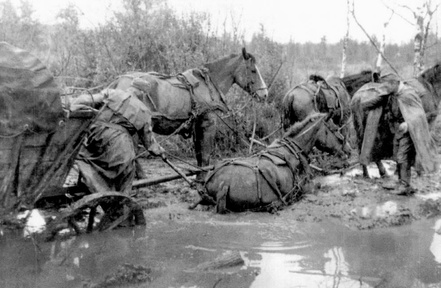 On accomplishments - Dave Philipps in NYT:

'When the last American military cargo jet flew out of Afghanistan in August, marking the end of the United States’ longest war, it also signaled a largely overlooked accomplishment. For the first time in the nation’s history, a major conflict was ending without the U.S. military leaving any troops behind: no one missing in action behind enemy lines, and no nameless, unidentified bones to be solemnly interred in the Tomb of the Unknowns.
It is a stunning change from previous wars that ended with thousands of troops forever lost, their families left to wonder what had happened to them.
Christopher Vanek, a retired colonel who commanded the Army’s 75th Ranger Regiment, spent a combined six and a half years deployed to Iraq or Afghanistan, and took part in a number of high-profile search-and-rescue operations. He said rescues became the priority. Even for low-ranking troops with little strategic importance, he said, the military spared no effort to find the missing.
When two Navy sailors were missing in 2010 in Logar Province, south of Kabul, “all combat operations came to a screeching halt,” Mr. Vanek recalled. “We had 150 aircraft working on trying to find them. We put Special Ops in some dangerous situations. We refocused our entire effort from fighting and killing Al Qaeda to recovering these men.”

‘But the driving factor, experts say, is a military culture that has changed considerably since the draft ended in the 1970s. That culture now makes the recovery of troops — dead or alive — one of the military’s highest priorities.
“It has come to be seen as almost a sacred commitment from the nation to those who serve,” Mr. Vanek said. “It’s hard to overstate the amount of resources that were committed to look for someone who was lost.”

The mission to save the Navy sailors in 2010, for instance, was a repeat of the huge scramble a year earlier after Bowe Bergdahl, an Army private, walked away from his post and was captured by the Taliban.
A number of troops were wounded searching for and trying to rescue Private Bergdahl. Mr. Vanek said he asked the commanding general at the time whether the price of the effort to save one private was too high. He recalled the general telling him, “It’s important that every service member out here knows the country will do anything in its power to ensure they are never left on the battlefield.”’

‘In World War I, all American troops were required to wear “dog tags” bearing their name, but troops who were killed on open ground were often left where they fell. “You can’t do much about them,” one private said at the time. “In most of the attacks, if they were killed, they just had to lie there until they disappeared into the mud.” To this day, their bones still turn up occasionally in farmers’ fields.

After Vietnam, though, the nation’s attitude began to change, according to Mark Stephensen, whose father was a fighter pilot who was shot down over North Vietnam in 1967.
Mr. Stephensen was 12 when his father’s jet crashed, and his family was given little information. Desperate for resolution, the family banded together with others to form the National League of POW/MIA Families, lobbying politicians and buttonholing generals in the halls of the Capitol to demand action. Over time, they made their cause a must-support bipartisan issue.
“Before that, people who were missing in action were not a priority,” said Mr. Stephensen, who is now vice president of the group. “The Pentagon was a ponderous bureaucracy with lots of process and no results. But they soon realized M.I.A.s were a liability. Some of the generals would rather face a hail of bullets than the anger of the league.” President Ronald Reagan became a vocal backer and flew the organization’s black-and-white flag above the White House. Sympathetic politicians eventually made accounting for the missing a requirement for any normalization of relations with Vietnam.’

‘He pointed out that nearly all of the Medals of Honor awarded since 2001 have been given not for achieving some tactical feat, but for risking life and limb to save others.
Even so, Mr. Hatch, the former SEAL Team Six operator, cautioned it would be a mistake for the military to congratulate itself for bringing everyone home. Mr. Hatch, who is now a student at Yale University, said he struggled for years with the psychological fallout of war, and knows many people who also felt trapped by their combat experiences.’

This is definitely an accomplishment – the fact that quite of few of the veterans can easily go M.I.A. in American society itself is a different story.
And culture changed a lot, we don’t want ‘our’ people to disappear in the mud.

The search for M.I.A.’s can border on the absurdity.

Take this article by Gideon Levy in Haaretz about the search for Ron Arad, whose plane weas shot in the eighties above Lebanon, Levy calls the search ‘state sponsored necrophilia.’

On the other hand, necrophilia or not, the biggest accomplishment of the American army in Afghanistan might have been the fact that no soldier was left behind, for the first time, according to this article.
The absurdity of war. But still, it’s an accomplishment, and also a necessity, few are willing to enlist, I assume, if their country (America) expects them to die in the mud in a foreign country and to stay in the mud forever.