The attraction of prayers 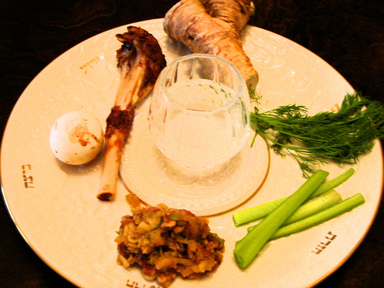 I went for Seder to good friends in Brooklyn. Non-Jews outnumbered Jews by approximately four to one.
Most of the prayers were skipped and the prayers that were being recited were being recited in English. (One of the main attractions of prayers when I was still more or less observant was the incomprehensibility of what was actually being said.)
At a certain point the host asked if I could remember the meaning of the word “Seder”? I could not remember the correct answer, which put me to shame. (The answer is: order.)
Later the Baal Shem Tov was being discussed, who apparently had said: “The truth is always in exile.”