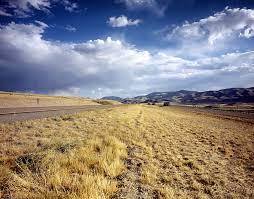 On killing - Damon Galgut in TLS:

‘In 1973, a year after divorcing my father, my mother remarried. Her new husband was an Afrikaans man in his thirties, commonly known by his nickname “Bok” – literally “goat” or “buck”, but carrying the looser meaning of being ready or eager for something. You can be bok for fun; or for a fight.
The first time I met Bok I was afraid of him. I’m not sure exactly what I sensed, considering I was only nine years old and he was on his best behaviour, but I knew he did not mean me well. So I shrank from him. My mother, alas, did not.
The first time he beat her was on their honeymoon, when she spoke to a man in a way he thought was over-familiar. It didn’t stop there. She was hit frequently and on the slightest pretext if he was in the mood for it. His face would change; a hard look would come over him. There would be yelling and screaming, then the locked door, then the hitting. Mostly he took care to strike her on her body, where the bruises wouldn’t show, but on one occasion – Mother’s Day – he broke her nose and blackened her eyes. I was told to say that I’d done it with a cricket ball.’

‘My mother’s fault and ours, because my sister and I were beaten too. We were hit so hard that we often wet ourselves, and the marks of his hands would be swollen out on us for days afterwards. We were routinely kicked and cuffed, and once I was swung around by the hair and thrown into the wall. There were frequent threats to kill us. Unlike my mother, we did not love Bok, and he did not love us. Not even in the slobbery sentiment that would sometimes follow an assault, when he’d wipe his teary face over mine and say how sorry he was and how it would never happen again.
We were beaten for small infringements, or no infringements at all, usually because he was in a fury about something else and we were soft targets. Though we knew it was just an excuse, there would always be a reason. One of his recurring themes was a supposed disrespect we showed for his language. If he spoke to us in Afrikaans and we answered in English, that was reason enough. It also seems relevant to note that the only man I’m aware of him ever punching was our Black gardener, Samuel – for “being cheeky”. Like us, Samuel was unable to fight back.’

‘Even my mother finally moved on from my stepfather after ten years of marriage, but it was Bok who came to mind when I read These Are Not Gentle People, Andrew Harding’s compelling and disturbing book about a crime and its aftermath in small-town South Africa.
The events took place in January 2016, on rural land near Parys, named in unlikely homage to the French capital, about an hour south of Johannesburg. Two Black men, suspected of attacking and trying to rob an elderly white farmer, were spotted and trapped in a field. A crowd of about forty white Afrikaners quickly gathered at the scene and for the next three hours, until the police finally arrived, the two Black men were beaten, thrown, kicked and trampled by, it seems, almost everybody present, until they were unconscious. They were also, possibly, given electric shocks with a cattle prod. Those who didn’t participate certainly didn’t stop it. The two men died soon afterwards.’

‘The sub-heading of Harding’s book is “A true story”. But whose truth and whose story? These are central questions in my fractured, fragmented country, and they become central to Harding’s account, too. He has been living in South Africa since 2009 as a BBC correspondent, and though he was wary of “delving into a subject that is so often boiled down to headlines”, he was also drawn by it. He was looking for a narrative, he says, “that could capture some of the deeper challenges and complexities of modern South Africa”.
Has he found it? Does this ugly, violent, unredemptive story speak for South Africa? Again, it depends on who is talking. Harding wants “all those involved in a painful, tortuous tale to tell it from their own perspectives”, and he is remarkably even-handed and gentle in giving each player a chance to offer their view. But he also knows – though he doesn’t say it – that those perspectives contradict and deny each other, and that there are two essential voices, those of the dead men, that are notably absent. In the end, the contradictions and denials, as well as the silence, are also a part of the story.’

‘One of them boasted later, as Harding tells it, that they’d “given two thieves a good kicking last night. In fact, they’d danced on them. That would teach them – and anyone else who might be tempted to steal – a good lesson”. Such a mentality chimes with what the author Rian Malan describes as “an old Afrikaner philosophy called kragdadigheid, the act of power: You took what you wanted and you held it with your gun and your fists”.
That quotation comes from My Traitor’s Heart, published in 1990, just as South Africa lurched towards a new political dispensation – a book that caused quite a stir. At a time when hope and change were in the air, Malan suggested that the truth about South Africa lay in a “disease of the soul”. Malan worked for a while as a crime reporter in Johannesburg, and what he saw on that beat clearly tied him up in spiritual knots. The essence of South Africa, he believed, wasn’t to be found in the usual tropes about political evil and idealism, but instead in “stories about how we killed each other”. In his troublesome unburdening, Malan enumerated many such stories that, as he put it, make the “brain yaw”. These stories are, in his opinion, distressing and disturbing in a way that doesn’t apply to “ordinary” violence, because they go far beyond the usual bounds. Throughout the book, Malan created a convincing case for why “South Africa wasn’t like other countries when it came to murder. Elsewhere in the world, murder was just another function of ordinary social relationships. In the vast majority of cases, murderers killed someone they knew … In South Africa it wasn’t like that”.’

‘There is no doubt that unforgivable police and medical incompetence amplified the original sin. It is all part of a dismal impression that builds, and which in today’s South Africa seems all too plausible – certainly plausible enough for the court to accept the defence’s arguments. The trial was beset by multiple delays and the verdict was only delivered in May. The state failed to establish a link between the collective assault, or any individual injuries, and the deaths of the two men. The prosecution, in other words, could not prove a case of either murder or culpable homicide. One of the accused was acquitted and the five others were found guilty of assault with intent to cause grievous bodily harm. Their advocates seem confident that none of them will go to jail.
The sense of injustice here runs much deeper than the trial. The portrait that emerges of South African society is a profoundly sad one. Harding keeps himself invisible, and admirably objective, letting, among other things, the hardscrabble lives he describes speak for themselves. The result is quietly devastating, especially in little sideways snapshots. A brother of one of the victims doesn’t come to court because his shoes are broken. Their mother, after hearing about the death of her son, tries to walk 28 kilometres to town because she has no car and her employer doesn’t think to offer her a lift. A half-victory in the courtroom won’t change any of that.
And it will not bring back two dead men, who were let down in every way. Including in the court, where, as Harding describes, even the judge seemed confused as to which of them was which. Repeatedly, in the eyes of their attackers and the police and the justice system, the class and poverty of the victims kept them generic and marginal, almost nameless, beyond the fact of being dead. Andrew Harding names them repeatedly in his book, and it is telling that something so obvious should seem remarkable. So I will also note here, for the record, that their names were Simon Jubeba and Samuel Tjixa, and that they were twenty-nine and thirty-five years old respectively when they died, almost certainly from severe head injuries, which they received from undetermined causes.’

This is a remarkable essay. ‘Elsewhere in the world, murder was just another function of ordinary social relationships.’

In South Africa you kill because you want to show your ‘kragdadigheid’.