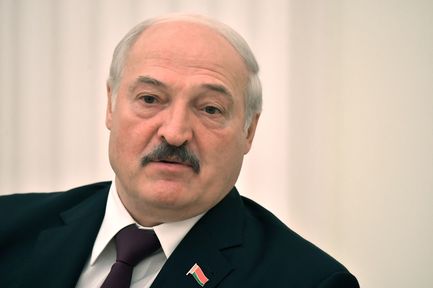 On preferences – Max Fisher in NYT:

‘In one sense, the border crisis between Poland and Belarus is a tit-for-tat geopolitical conflict in which refugees and migrants just happen to be the weapons.
Belarus, in May, forced down a civilian airliner to arrest a dissident on board. The European Union, as punishment, imposed economic sanctions on Belarus. Now, in apparent retaliation, Belarus is granting visas to thousands of Middle Easterners and driving them to the borders of Poland, Latvia and Lithuania, all E.U. member states. Those countries must then either process them — or allow them to freeze at the border, which has so far been their preference.’

‘The European Union has made it clear for years that it will go to incredible lengths to prevent migrants and refugees from reaching its external borders. This gives countries on the European periphery the leverage, and incentive, to use those refugees as pawns.
In most cases, the union has not only tolerated but also encouraged this, granting sweeping concessions to Libya, Sudan, Turkey and others to keep refugees from reaching Europe. This often involves gross human rights abuses against refugees in order to deter them — for which the E.U. has paid billions of dollars to some of the world’s more vicious dictatorships.’

‘Instead of a cash payout, Belarus’s leader, President Aleksandr G. Lukashenko, is seeking relief from international sanctions. And though part of Turkey’s role has been to effectively hide the human costs of these migration policies far from European eyes, Belarus has imposed them right on the E.U. border.
Belarus, in the process, put thousands of innocent people in harm’s way. Still, it did not invent the E.U.’s refusal to process migrants and refugees who it considers undesirable, even if it means their deaths. Nor did it invent the E.U.’s embarrassment at the world seeing this.’

‘These laws grew out of World War II, when many Europeans were themselves refugees. It instilled a belief that basic human rights, as well as global stability, required safe countries to accept people who were at great risk.

In 1991, the United States opened a loophole in these obligations. To prevent refugee boats from reaching Florida, which would oblige the United States to process the Haitians on board, Coast Guard vessels diverted them elsewhere.

Ever since, several wealthy states have embraced this as explicit policy, and none more enthusiastically than the European Union.

“It allows wealthy states to have their cake and eat it, too: maintaining a formal commitment to international refugee law, while at the same time largely being spared the associated burdens,” Thomas Gammeltoft-Hansen, a Danish scholar of immigration law, has written.’

‘Although it would be easy to put responsibility entirely on Poland’s right-wing government, which has frequently transgressed the bloc’s more liberal norms, it may not be so far off from European Union preferences. Angela Merkel, the German chancellor who accepted one million refugees in 2015, publicly thanked Poland, Latvia and Lithuania for protecting the E.U. borders.
In the end, even as outsiders see Belarus’s actions as that of a dangerous rogue state, the European Union may come to treat it, however grudgingly, much as it treats other dictators on its border: a partner in keeping the needy and desperate far away.’

An excellent analysis. The dictators are the partners of the EU in keeping the undesirables away.
And yes, even Merkel thanked Poland for protecting the E.U. borders. But she has always been pragmatic, and she understood that keeping the E.U. alive requires some sacrifices, sometimes human sacrifices.

The E.U. is a community of values, but the values stop east of Berlin and south of Rome.