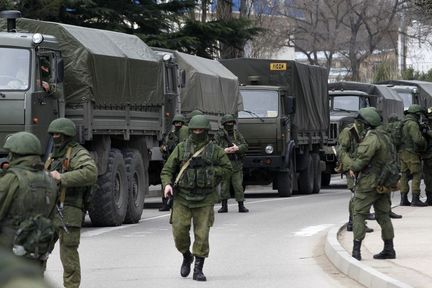 ‘Still, the Germans’ wavering course weakens the strategy of Berlin's Western allies – a strategy aimed at driving the price of a military attack "as high as possible," as one EU official puts it. And the window of opportunity to deter Putin could close soon, one senior NATO diplomat told DER SPIEGEL. Once Putin had made the decision to attack Ukraine internally, he would hardly be able to back down without weakening his domestic political position, the diplomat says. That’s why it is crucial for the EU, the U.S. and NATO to act as united and resolutely as possible. Any hesitation could be interpreted by the Russian president as a signal that he can take the next step.’

‘The knowledge won by the German effort largely confirmed what the U.S. has been saying. Thus far, according to senior military officials, Russia isn’t yet prepared to invade Ukraine and hold onto the territory won, despite the massive troop buildup. But the situation will change once support arrives, and it can be clearly seen that such support is currently heading toward the Ukrainian border from all across Russia.
Sources in the Defense Ministry say it will become clear in the first half of February what Putin really wants. Sounding not unlike climate researchers, military leaders have begun talking of a tipping point.’

So, Russia is not ready yet but might be ready soon, and to be on the safe side the US is already evacuating family members of their embassy staff in Kiev.

In three weeks we will know what Putin really wants?

In the meantime many in the West, especially those who believe that the US is the continuation of the devil, will be understanding Putin.