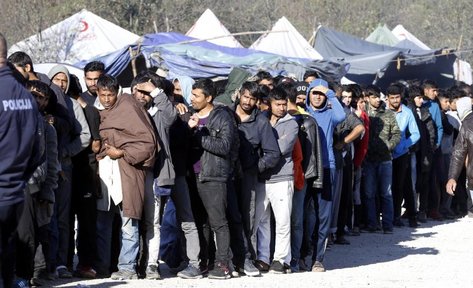 On Ukraine – Anton Shekhovtsov in Haaretz:

‘So far, Moscow has been successful in drawing the attention of Western capitals, and not only in terms of Western leaders discussing the Kremlin’s ultimatum, poorly disguised as a request for “security guarantees” from NATO. Putin’s other, "collateral" success today is the deepening of the existing divisions between Western democracies, between NATO allies, and especially between the U.S. and Germany.’

‘But there is yet another reason why some Ukrainian men and women avoided excess celebrating the end of their work week on Friday night. Over the weekend, they will join hundreds of their fellow citizens who have started participating in voluntary military training to prepare themselves for the potential escalation. Unlike Georgians in August 2008, Ukrainians nurture no illusions: they know that nobody will fight for their country except for themselves.
It is already the eighth year of an ongoing Russian aggression against Ukraine, a war without a name. Ukrainians now know that embracing modernization and Westernization is not only their free choice, not a decision made by the U.S., not the EU, and not NATO, but it is a choice they themselves must be prepared to defend, even with their bodies, no matter whether the West wobbles or toughens up.’

Defend with their bodies, or in other words, I’ve said it before, repeat Afghanistan.

If this is the case one of the consequences will be another refugee problem for the EU. And the EU doesn’t mind dead bodies far away, but the EU cannot stand refugees at their borders.

I’m less optimistic than I was four weeks before, especially because the most effective invitation to war is weakness.