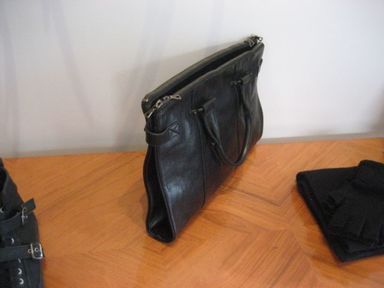 After the event Wednesday night here in Rome at the Royal Netherlands Institute the cultural attaché of the Dutch embassy in Italy invited us for dinner at a cozy but excellent restaurant.
The cultural attaché was a woman with fairly grandiose gestures.
Behind her impressive hairdo the sensitive man could see a homey girl lurking.
She said that she had spent some time in Japan and that all the Japanese were empty behind their polite façade. She remarked that the Japanese have only one philosophy: “Shop till you drop.” After that she went on to the Germans, she had also spent some time in Germany, and she maintained that it was extremely pleasant that the cyclists in Germany were obeying the traffic rules, whereas in Amsterdam it was dangerous for a pedestrian with all those irresponsible cyclists.
I guess exchanging cultural clichés (even when it borders on racism) is an important part of the art of conversation in and outside diplomatic circles.