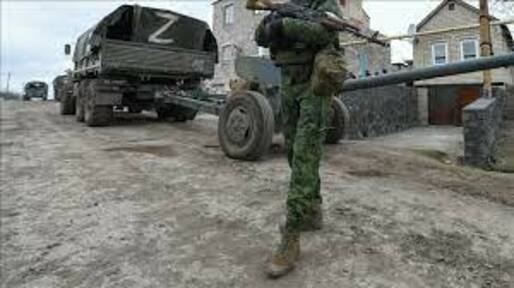 On a war of attrition – Anshel Pfeffer in Haaretz:

‘By all signs, Russian President Vladimir Putin and the war he started are still popular among broad swaths of the Russian public. Putin’s problem is that the Russians who support him support the war he sold them, which isn’t a war at all but a “special military operation” that by nature should be over quickly and successfully. As time passes – and with it both military funerals and soldiers coming home discussing their experiences – the illusion will be much harder to maintain.
For weeks the Kremlin’s propaganda channels have been preparing the ground for something much bigger, though not just against Ukraine: a “war against NATO” that would give Putin the excuse he needs to declare war officially, enabling him to mobilize Russia’s resources while sending conscripts and reservists into the fray. But that declaration, which many expected on Victory Day early last week, has yet to come.’ (…)

‘Western intelligence agencies, especially those of the United States and Britain, are constantly briefing the media with the goings-on in the Kremlin. On Thursday, Britain's Defense Ministry reported that Lt. Gen. Sergei Kisel has been relieved of his command of the 1st Guards Tank Army after its failure to encircle and capture Kharkiv. And Vice Admiral Igor Osipov was dismissed as commander of the Black Sea Fleet after its flagship battle cruiser Moskva was sunk.

But while Western intelligence has achieved an impressive level of penetration, there are crucial details not even the Kremlin or Russia's General Staff know.
No one is sure how much of the equipment and ammunition in the massive stockpiles built up in far-flung regions back in the Soviet era are still usable. Much of it was pilfered over the years by officers who sold whatever they could, either to line their own pockets or feed their starving troops. One particularly crucial detail is how many usable Grad rockets remain.
Since the early weeks of the war, it has been clear that Russia's military lacks enough guided munitions, whether launched from the ground, air or sea, for a wide-scale war. For major firepower, it has little choice but the old Grad multibarreled launchers that entered service in the 1960s. It still has thousands of them.’

‘The number of Grad rockets still in the Soviet stockpiles can determine how long this war of attrition continues.
But another critical detail can't be answered even after every last emergency depot has been opened. No one can say for certain how steadfast everyday Russians will remain once they realize they're fighting a long grueling war and the economic sanctions are set to increase.
On the Ukrainian side, things are a bit clearer. The Ukrainians have a better idea than their Russian neighbors what they're facing (though the Kyiv has also kept military casualty numbers under wraps). Over the past three months, the Ukrainians have proved remarkably resilient.
Since the invasion on February 24, Ukraine has been under martial law and general mobilization. There is no shortage of personnel, with reservists and volunteers from Ukraine and around the world willing to fight, as well as experienced foreign officers helping with training. For now at least, the arms and military equipment continue to arrive from the West, boosted by the U.S. Senate’s approval Thursday of another $40 billion of funding for Ukraine.’

‘But a NATO mission to open the Black Sea's shipping lanes isn't yet in the cards. The European Parliament’s vote Thursday to remove customs duties from Ukrainian exports is of limited use when the only way to export goods is by rail and trucking networks already straining.
Ukraine doesn’t lack for men and women prepared to fight, both on the battlefield and the home front. But their ability to fight for long may not be up to them.’

For those who thought otherwise, the Russian army is rotten to the core, but that doesn’t mean that the fight will end soon.

The Yugoslavian army was quite rotten too with officers selling their arms for the same reasons and the Russians do. Even when the Yugoslavian army fell apart and suddenly there were Croatian, Serbian and Bosnian armies, to name just three, soldiers were willing to sell their arms to the enemy for money and drugs.

Well, this war is not the one in Yugoslavia, for one because Moscow has nuclear arms.

The main question is, when and under what conditions would the US be interested in a sustainable cease-fire? For the moment neither Washington nor Moscow nor Kiev are very much interested in such a thing.
The war of attrition will continue.