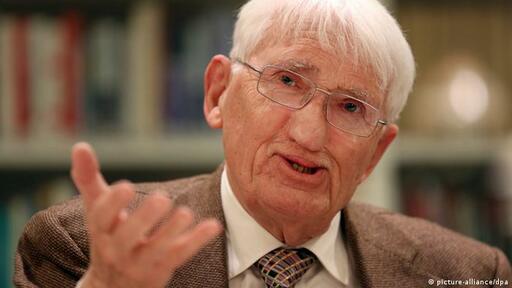 On Germany – Adam Tooze in The New Statesman:

‘Vladimir Putin’s invasion of Ukraine has upended world politics and nowhere more so than in Germany. Addressing an emergency session of the Bundestag on 27 February, German chancellor Olaf Scholz declared a Zeitenwende, a turning point in history. Russia’s attack on Ukraine meant Europe and Germany had entered a new age. But what direction is history turning in? Scholz promised to raise Germany’s defence spending and in March placed a large order for America’s exorbitant F-35 fighter jets. Since then, sanctions on Russia have been tightened and Germany has even agreed to deliver heavy weapons to Ukraine. But Berlin has baulked at an all-out boycott of Russian oil and gas, and what it has to offer Kyiv militarily is limited even compared to other European nations, let alone the United States. Always there is a suspicion of delay, reluctance and fear. In Germany and elsewhere this has been read as nothing less than a crisis of political identity. More than anywhere else in the West, the entire German intellectual class, and every TV talk show and newspaper has been mobilised to debate and criticise Germany’s performance. The situation has been aggravated after Volodymyr Zelensky’s attack on Germany’s long-running détente with Russia in a speech to the Bundestag in March and a stream of remarkably forthright comments from Ukraine’s ambassador to Berlin. You can tell matters are becoming really serious because Jürgen Habermas, the 92-year old doyen of German philosophy and political commentary, has entered the ring, for once on the side of the government.’

‘But the attachment is not confined to the social democrats. Voices on the German right have long favoured a modus vivendi with Russia, whether under the Tsar, the Soviets or now under Putin. For them, Bismarck is the model in balancing between East and West. In 2013, the foreign policy manifesto of the far-right Alternative für Deutschland (AfD) drew inspiration directly from the Iron Chancellor in arguing for a self-confident national foreign policy, but one that recognised Russia’s importance for German history, back to the age of Frederick the Great, and which respected Russia’s interests in the successor states to the Soviet Union. This tendency is reinforced by an undercurrent of anti-Americanism that is particularly pronounced on the far left in Die Linke. And, as has become embarrassingly clear in recent months, there is a general disregard on many sides in Berlin for the national rights of “smaller” east European states – notably Poland and Ukraine – that have the misfortune to find themselves wedged between Germany and Russia. Meanwhile, German industrial firms such as Siemens look back on 150 years of doing profitable business in Russia, relations which they are unwilling to have disrupted by a bagatelle like the annexation of Crimea.
But as German as all this may be, these factors were at work around the world after the end of the Cold War. Oil is far bigger business than the Russian gas on which Germany depends, and it was British, American and French oil majors that made the large investments in Russia in the 1990s and 2000s. In diplomacy, the Gaullist tradition in France also looks to balance between Washington and Moscow. In Italy sympathy for Russia runs deep. And then there is Londongrad.
It would be fatuous also to suggest that it is only now, with Putin’s invasion of Ukraine, that Ostpolitik has become contentious in Germany. Whether in Bonn or Berlin it was never simply hegemonic. At its inception in the late 1960s, the foreign policy of Willy Brandt’s progressive social-liberal coalition was bitterly attacked from the right. It was always a matter of balancing. Though they looked for good working relations with Moscow, chancellors Helmut Schmidt, Helmut Kohl and Angela Merkel were all staunch Atlanticists. Being an avowed Putin-versteher(“understander”) is a mark not of mainstream but fringe opinion in Germany. Die Linke and the AfD may have solid support in the former GDR, but neither is ever likely to enter national government. Tellingly, the Green party that was once regarded as a neutralist Trojan horse for German nationalism has long since converted to a foreign policy that is defined by the primacy of human rights and, on that basis, a solid alignment with “the West”.’

‘But to infer that Habermas is a conformist figure is to deeply misunderstand his philosophy, his politics, but most of all his public role in modern Germany. For 70 years, he has been an argumentative and at times polemical force in the public life of the Federal Republic. In the 1950s and 1960s he challenged Martin Heidegger’s links to Nazism and the pieties of the Cold War. In 1968 he mediated with the radical students. In 1970s he formulated a complex theory of legitimation crisis. In the 1980s he opposed nuclear rearmament and denounced the nationalist and revisionist turn in historiography, which threatened to relativise the singularity of the Holocaust. At the moment of national unification in 1990 he demanded not simply an Anschluss of East Germany but a constitutional convention. In the late 1990s his advocating, along with Joschka Fischer, that the Greens approve intervention in Yugoslavia in the name of the responsibility to protect was a contentious and difficult line to follow. In 2003 Habermas orchestrated a common front with Derrida against the war in Iraq. Between 2010 and 2015, after having long criticised the judicialisation of German politics under the authority of the powerful constitutional court, he denounced the technocratic drift of Eurozone policy.
This is not the track record of a conformist. In 2022, Habermas once again fears a recrudescence of the right under the mantle of enthusiasm for Ukraine’s resistance. And once again his long and thoughtful article in the Süddeutsche Zeitung on 28 April has been met with a storm of disapproval. As has often been the case, this outrage has been given a platform in the pages of the conservative Frankfurter Allgemeine Zeitung. This time Habermas stands accused of defending a battered and discredited tradition of West German politics, conniving with Putin, and clinging to old nostrums about nuclear war while patronising the Ukrainians and their supporters among younger generations of Germans.’

‘Habermas concedes that weapons deliveries to Ukraine are essential. What he objects to is not the calls for more to be done, but the manner in which they are made. What worries him is “the self-assurance with which the morally indignant accusers in Germany are going after an introspective and reserved federal government”.
That self-assurance betrays itself. Every right-thinking person can clearly agree that Putin’s aggression must not be allowed to succeed. But we should also agree that a war with Russia is unthinkable. Russia is a nuclear power and escalation is an appalling risk. Any good-faith political intervention, Habermas insists, must squarely face this dilemma.’

‘We thrill to the heroism of the Ukrainians, which puts into stark relief the deflated state of our own politics. But our post-heroic culture cannot simply be cast off in disgust. It is a logical historical effect of the Nato umbrella that we continue to live under. Ukraine’s desperate courage, on the other hand, is a reflection of the fact that it does not. Under those circumstances, Habermas asks, “is it not a form of pious self-deception to bank on a Ukrainian victory against Russia’s murderous form of warfare without taking up arms yourself? The bellicose rhetoric is inconsistent with the bleachers from which it is delivered.”’

‘What Habermas is warning his fellow Germans against is the mirage that by way of Ukraine there is some road back to the future. The post-heroic attitude is a historically appropriate reaction to the history of Europe since the end of the Second World War and the Cold War. Seeking to close the emotional and cultural gap to Ukraine amid the continued reality of the nuclear stand-off is both unrealistic and dangerous. The challenge we have to collectively face is how to offer genuine support while recognising distance. One might say that Habermas is urging us to figure out the politics of allyship on the international stage and under the shadow of the nuclear threat.
What is clear is that we must find a constructive way out of the dilemma posed by the war, a way out that must, as Habermas says in his final line, be defined by one basic aspiration: “Ukraine ‘must not lose’ this war.” Its project of building a nation state must continue.’

The post-heroic society in Western Europe is a fact.

And I don’t see an end to this post-heroism.

For a couple of reasons: demography, consumerism (I underline, consumerism in itself is not something bad) and the fact that the nation state has mainly become a metaphor in Western Europe.

Demography is clear. There are just not enough young men in Western Europa to fight bloody wars.
Consumerism is to heroism what rat poison is to rats.

The nation state has its defenders but the willingness to die for it is largely absent.

The open letter in German newspapers was a mistake, mainly telling Ukraine that defeat is okay. Sacrifice yourself, because we would like to long hot showers. Understandable, but please no open letters about this matter.
As soon as intellectuals start writing open letters together rest assured that stupidity is the main ingredient of the letter. There are some exceptions but not many.
To realize that Moscow has nuclear weapons, and that this fact must be part of the equation is not giving in to blackmail, it’s just the beginning of the realization that not losing and winning are not the same. See also under, cold war.
Which in hindsight was not the worst of all times, at least not in Western Europe.