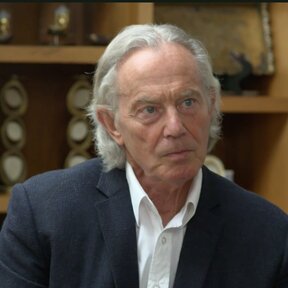 On a special relationship - Richard Norton-Taylor in TLS:

‘There have been disputes between the United Kingdom and the United States over Vietnam, successive conflicts in the Middle East, including the Suez crisis, and, most recently, the withdrawal of American troops from Afghanistan. But, as Michael Smith points out in The Real Special Relationship, even when no less a figure than Henry Kissinger ordered the CIA and the National Security Agency (NSA) to stop sharing intelligence with their British counterparts, senior US officials ensured that his instructions had little effect. Smith quotes Sir John Sawers, a former head of MI6, who remarks: “Politicians come and go, but the intelligence relationship stays really solid”.’

‘The special relationship, a term coined by Churchill, is not all one-sided, as Smith is quick to emphasize. Washington has benefited from intelligence provided by agents recruited by MI6, including the KGB officer Oleg Gordievsky and the GRU (Russian military intelligence) officer Oleg Penkovsky, as well as from the particular skills of British analysts and code-breakers. Smith describes how what became a unique, personal and truly symbiotic relationship grew out of Washington’s admiration for the wartime code-breakers of Bletchley Park, the forerunner of GCHQ.
Washington has also benefited from intelligence provided by intercepts of Russian military and diplomatic communications through GCHQ’s global network of listening posts, notably its bases in Hong Kong and at Ayios Nikolaos in Cyprus, as well as British trawler skippers asked to keep an eye out for Soviet ships and submarines in the North Sea.’

‘In a prologue to Smith’s book, Sir John Scarlett, the former chief of the Secret Intelligence Service (MI6) and chairman of the Joint Intelligence Committee at the time of the invasion of Iraq, says the special relationship is based on “commitment, trust and personal emotion”. That is true. Yet I wonder whether he would have endorsed the book so enthusiastically had the author not skirted over some of the most serious abuses resulting from MI6’s close relationship with the CIA, notably its collusion in the rendition and torture of dissidents and Islamists, including opponents of the Libyan dictator Muammar Gaddafi. The Blair government was so concerned about the prospect of British collusion with the CIA being revealed that it claimed in sworn affidavits that Washington would break off intelligence co-operation with the UK unless such operations were kept secret. British courts treated the threat with scepticism. They rejected the government’s claims and ruled that intelligence provided to the UK by the CIA should be disclosed – correctly so, it seems, judging by the evidence in Smith’s book about the reluctance of US intelligence officials to do anything to disrupt the intelligence relationship with Britain. In other words it was an empty threat.
Smith claims that, when MI5 and MI6 discovered that the George W. Bush administration had given the green light to the CIA to abuse and torture terror suspects after the 9/11 attacks, they “modified their operations to ensure that nothing British intelligence officers did was complicit with any mistreatment of terrorist suspects”. GCHQ, he says, “would refuse to accept intelligence from the NSA if it was obtained in a way that would have breached UK law and, since the Americans know this, they would never offer it anyway”. The evidence belies these sweeping assertions: for fourteen years successive governments covered up British collusion in the abuse of terror suspects, before the then prime minister Theresa May agreed to apologise and offer compensation for what she acknowledged to have been “deeply troubling and appalling treatment”. GCHQ did not object when the NSA asked for its help in a dirty-tricks operation – the bugging of UN diplomats from countries reluctant to support the invasion of Iraq. GCHQ and NSA have traditionally used each other to get round their respective national laws restricting operations against domestic targets. After the NSA whistleblower Edward Snowden, revealed the full extent of joint US-UK operations, Britain’s Investigatory Powers Tribunal and the European Court of Human Rights ruled that GCHQ’s bulk interception of communications was unlawful.’ (…)

‘Wilson was one prime minister who famously withstood pressure from Washington to take part in US military operations, refusing to deploy British troops to Vietnam. But Smith shows how the UK offered support in other, less visible ways, by sending veterans of a communist insurgency in Malaya to advise US forces in Saigon and, more fruitfully, through intelligence provided by MI6 officers housed in the British consulate in Hanoi, a former brothel. They included the formidable Daphne Park, who wined and dined her Soviet opposite number and senior North Vietnamese officials to considerable effect. The UK’s presence in Hanoi was tolerated on account of the country’s role as co-chair, with the Soviet Union, of the International Control Commission on Indochina, set up in 1954.
What Smith calls the “lowest point” in the postwar relationship between London and Washington came not under a Labour government, but during Edward Heath’s premiership. Henry Kissinger, President Nixon’s secretary of state and national security adviser, was furious at Heath’s determination to develop close relations with Britain’s new European Community partners, seemingly at America’s expense. Kissinger accused the British of “behaving shitty” over Heath’s insistence that he had to consult the Europeans before agreeing on a position on East-West arms negotiations, and retaliated by telling Nixon that he was “cutting them off from intelligence information”. Worse was to come when Heath, wanting to adopt a neutral position during the Yom Kippur war in 1973, banned the use of intelligence obtained by US spy planes based at RAF Akrotiri in Cyprus from being shared with the Israelis. Yet officials in the US intelligence hierarchy ensured that Kissinger’s decision had little significant impact. “The UKUSA signals intelligence exchange, the most important element of the relationship, continued unabated”, Smith writes.
Intelligence comes in many forms and its use has many consequences. As Russian forces continue to attack Ukraine in a brutal conflict reminiscent of battles of the First World War, it is salient to be reminded of the operations we do not see, from black propaganda to the increasing use of special forces, from terrorism to cyberwarfare, assassinations to electoral fraud.’

‘What is new is cyberwarfare, of which the Stuxnet worm, directed at Iran’s nuclear programme, is a notable example. Cyber is a whole new battlespace, but Cormac rightly cautions against hyperbolic threats such as warnings of a “cyber Pearl Harbor”. These, he rightly says, underestimate the real purpose and danger of cyberattacks: “persistent subversion”. In other words such attacks will not, on their own, win a war.
Although Cormac, like Michael Smith, places too much trust in belated statutory measures designed to improve ministerial and parliamentary oversight of the UK’s security and intelligence agencies, he does not shrink from pointing to abuses by those agencies, including collusion in murder in Northern Ireland and elsewhere. He describes how the UK has mounted black propaganda exercises and recruited private companies and mercenaries to participate in deniable operations. In one infamous operation MI6 (with the help of the CIA) toppled Iran’s first democratically elected leader, Mohammad Mossadeq, in 1953.
Cormac points, too, to targeted drone killings by Israel, the US and UK, reminding us that “state killing of high-profile targets remains a feature of international politics today”. The legality of such operations are justified by the British government on the grounds of self-defence against an imminent attack. The trouble with such claims is that they cannot be tested. Intelligence agencies are increasingly engaged in combined operations with military special forces, which are subject to no outside scrutiny at all. Cormac, just in passing, points to E Squadron, a small elite unit of special forces working with MI6, what he calls “the most shadowy arm of the British secret state”.
International law is not keeping up with the conduct of modern conflicts.’

Politicians come and go, the intelligence relationship is steady, but if necessary betrayal is part of the game. Just read John le Carré.

And the torture of foreign fighters i.e. foreigners suspected of terrorism is one of the many examples why the West is not very good at upholding its own moral standards. Which is not to say that the enemies of the West are doing much better, quite the opposite.
The rule of law doesn’t apply to the enemies of the state. That’s not new. It’s just a bid saddening that the intelligence community in many countries can operate with impunity, and that is widely accepted.