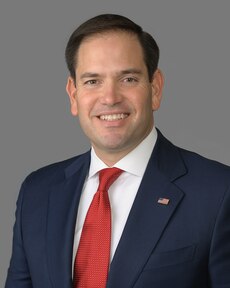 ‘But there has never been a clash between a former president and the government like the one that culminated in Monday’s search, said Lee White, the executive director of the National Coalition for History.
Mr. White, who has met frequently over the years with officials at the National Archives, said they usually work hard to resolve disagreements about documents with former presidents and their advisers.’

‘Mr. Beschloss and Mr. Brinkley both said the search of Mr. Trump’s house had the potential to become a flash point in the struggle between those investigating the former president’s actions and the forces who supported Mr. Trump’s frantic efforts to stay in office.
But they said there were also risks for Mr. Trump and his allies on Capitol Hill, who on Monday rushed to attack Mr. Garland and the F.B.I. in the hours after the search.
“You now have Kevin McCarthy — something else we’ve never seen before in history — making ugly threats to an attorney general, obviously trying to intimidate him,” Mr. Beschloss said.
Mr. Trump’s defenders did not wait to find out what evidence the F.B.I. found or even sought before using the search to ratchet up longstanding grievances that the former president stoked throughout his time in office. Senator Marco Rubio, Republican of Florida, quickly distributed a short video on Twitter accusing the Biden administration of acting like the regime of a dictator in a third-world country.
“This is what happens in places like Nicaragua,” Mr. Rubio said in the video. “Where last year every single person that ran against Daniel Ortega for president, every single person that put their name on the ballot, was arrested and is still in jail.” “You can try to diminish it, but that’s exactly what happened tonight,” Mr. Rubio said.
The historians said the events are a test of the resilience of American democracy when it is under assault.’

If the Republican leader in the House is making ‘ugly threats’ to the attorney-general and a senator compares his own country to Nicaragua, you don’t need China as an enemy anymore.

China can relax. Rubio and McCarthy will take care of it.