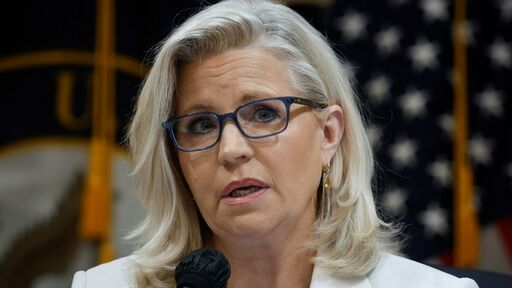 On control – Shane Goldmacher in NYT:

‘Representative Liz Cheney’s martyr-like quest to stop Donald J. Trump has ensured her place in Republican Party history. But her lopsided defeat in Wyoming on Tuesday also exposed the remarkable degree to which the former president still controls the party’s present — and its near future.
Ten House Republicans voted to impeach Mr. Trump in early 2021 for his role inciting the mob that stormed the Capitol. Only two have survived the 2022 Republican primaries, a breathtaking run of losses and forced retirements in a chamber where incumbents typically prevail with ease.
No single defeat was as freighted with significance as Ms. Cheney’s, or as revealing of the party’s realignment.’

‘Not long ago, Ms. Cheney had been seen as a rising Republican star, even a potential House speaker-in-waiting. Now, after becoming her party’s most dogged Trump detractor — turning the Jan. 6 committee hearings into a bullhorn with which to warn of the dangers Mr. Trump and his enablers posed to the party, the country and even democracy itself — she is soon to be out of her job.
Ms. Cheney had hoped the Jan. 6 riot would be a turning point for Republicans. It did prove to be a dividing line. But it was those who crossed Mr. Trump who have suffered the electoral consequences.
“She may have been fighting for principles,” said Taylor Budowich, a spokesman and adviser to Mr. Trump. “But they are not the principles of the Republican Party.”’

‘But the outcome in Wyoming showed that while anti-Trump Republicans can count on ample money and media attention, the actual Republican constituency for them is far more limited. Indeed, one of Ms. Cheney’s last gasps was an effort to get Democrats to switch parties to vote in the G.O.P. primary.’

‘“You could write the history of the modern Republican Party over the last two years, and what does Jan. 6 look like? A hiccup,” said William Kristol, the neoconservative writer who co-founded Republican Voters Against Trump, a group spending millions of dollars to oppose Trump-backed election deniers. “The price of admission to today’s Republican Party is turning a blind eye to Jan. 6.”’

‘Even in Connecticut, a state that once defined a more genteel and moderate brand of Republicanism, Mr. Trump’s choice for Senate upset the local party’s candidate.’

‘Jeff Larson, a former chief of staff of the Republican National Committee, who also served as chief executive of the 2016 Republican National Convention that nominated Mr. Trump, recently aided Ms. Cheney’s re-election fight through an outside group. Not long after Axios reported his involvement, Mr. Larson was asked to step down as chairman of America Rising, a prominent Republican research group, according to a person with knowledge of the matter.
Mr. Larson is no longer chairman. Neither he nor America Rising responded to a request for comment.’

‘Rich Lowry, the editor of National Review, the conservative magazine — which has had a complex relationship with Mr. Trump, by turns condemning him or cheering his actions — said he hoped the party would not renominate Mr. Trump in 2024. He acknowledged the pathway to an alternative standard-bearer was narrow, and involved coaxing Republican voters into adopting some version of Trumpism without its namesake — the kind of space that Gov. Ron DeSantis of Florida appears determined to fill.’

‘In recent days, her campaign paid Google to run a video ad in just two tiny communities in the nation: Bedminster, N.J., Mr. Trump’s summer residence, and Teton Village, the hamlet that is home to the Four Seasons and Mr. McCarthy’s event.
“America cannot remain free if we abandon the truth,” Ms. Cheney says in the video. “The lie that the 2020 presidential election was stolen is insidious.”’

Trump might not be Republican candidate in 2024 (I don’t think he will) – but Trumpism is alive and kicking.

Trumpism without Trump, is that’s wat hope is, it’s rather meager.

Less than twenty years ago Cheney (and his family) were the favorite enemy of the liberals in the US. George W. and Rumsfeld came in second and third.
I remember playing cards with the text ‘regime change starts at home’ and then the pictures of George W. and Cheney.
Two decades is a long time, let’s leave it at that. The Third Reich didn’t manage to survive for two decades.