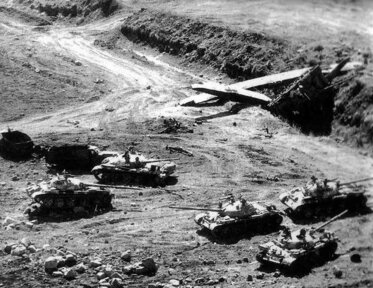 On trust - Yossi Melman and Moshe Shaverdi in Haaretz:

Recently some members of Agmon, an organization of former Mossad operatives and retirees, decided to look at the Mossad’s actions in the years ahead of the Yom Kippur War in October 1973. Their initiative isn’t an official one but did received the blessing of the head of Mossad, David Barnea.
The idea isn’t to absolve the head of Military Intelligence at the time, Eli Zeira, for his failures and the poor intelligence (as was established by the Agranat Commission, which looked into Israel’s unpreparedness for the war, which led to Zeira’s resignation). It was to simply to examine the conduct of the Mossad and of Zvi Zamir, the head of the Mossad at the time.
The people behind the initiative asked “Dubi,” whose full name is secret in keeping with instructions from the Mossad, the sole case officer who handled Mossad agent Dr. Ashraf Marwan for 28 years, to join their ranks. He declined, citing personal reasons.
Marwan is considered to be the most important high-quality agent the Mossad had in the years ahead of the Yom Kippur War. A chemist by profession, he had studied at a British university and married the daughter of Egyptian President Gamal Abdel Nasser, after whose death he became a close adviser to Nasser’s successor, Anwar Sadat. Following that, he became a wealthy businessman dealing in, among other things, arms.’

‘Marwan was no kind of regular, disciplined agent. When the Mossad arranged to smuggle an encrypted radio into Cairo to make communication with Marwan more efficient, Marwan made a beeline for a bridge over the Nile and chucked the device into the river. He would only contact his handlers when visiting Europe, using short telephone messages based on code words from the chemicals industry – a world he knew well. He would call the home phone number of S., a Jewish Englishwoman, who would pass on the code words to the Mossad station in London. Dubi was responsible for organizing the meetings and being there.’

‘But Marwan delivered the crown jewels in a meeting with Dubi and Zamir in a safe house in London: A warning on the eve of the war.
For almost 20 years, no top intelligence or defense official, or Zeira himself, entertained the slightest doubt as to Marwan’s reliability. But then, in order to limit his own responsibility for the war failures, Zeira began spreading – with the help of journalists and a few Military Intelligence officers – the false theory that Marwan was a double agent.’

‘Senior Israeli intelligence officials do not doubt that following the ruling by a Supreme Court justice that Marwan was not a double agent – Egyptian intelligence killed him, and made his death look like a suicide. Then come 2012, Attorney General Yehuda Weinstein decided that Zeira should have been put on trial for exposing Marwan’s name as a spy, but had compassion for Zeira because of his age – 84 at the time, and 94 today – and his vast contribution to Israel’s security.’

‘On Thursday evening, two days before the war broke out on Saturday, October 6, Dubi waited in S.’s home for the phone call from Marwan, who went to Paris after meeting with Muammar Gadhafi in Libya. “Chemicals, lots of chemicals,” said Marwan: Chemicals was a mutually agreed code word worked out in advance, which meant a warning for war.’

‘But even as the meeting began and despite Marwan’s “chemicals” warning the day before, Zamir found it hard to believe that war was imminent, according to Dubi. Instead of asking when the war would begin, Zamir asked Marwan about the tripartite union between Egypt, Libya and Syria – the Federation of Arab Republics – and asked in the plans for the terrorist attack in Rome, which Marwan had helped to foil. It was Marwan who tried to focus Zamir: “Come, let’s talk about war,” he said, adding: “It’s 99 percent [certain] that the war will start tomorrow.” The meeting lasted about two hours. When it ended, at 2 A.M. Israel time, Zamir could have made a call from the telephone in the safe house. The phone line may not have been secure, but the telephone he used to call from some 25 minutes later wasn’t secure either.
Marwan left the apartment first. Some minutes later Zamir, Dubi and the security guards all walked over to the house of Rafi Meidan, the head of the Mossad’s London station.
While they were walking, Zamir pondered out loud – maybe talking to himself, maybe not – what message to send back to Israel, according to Dubi. He was worried that if announced the war was imminent and nothing happened, as was the case for the warnings from April through June 1973, he would be ridiculed and perceived to be perennially panicky.’

It’s hard to assess intelligence, and it’s understandable that even a top-level spy is fearful of being ridiculed for passing on messages about imminent war that then is not going to happen.

Alas, Marwan was right as we all know.

Zeira probably was also culpable for the death of the Marwan, basically he threw him under the bus. And that after many years of loyal services.
For the readers of John le Carré this doesn’t come as a surprise.
No loyalty in the intelligence world, especially when the agent is foreign.

It’s not clear whether compensation was paid to Marwan’s family.