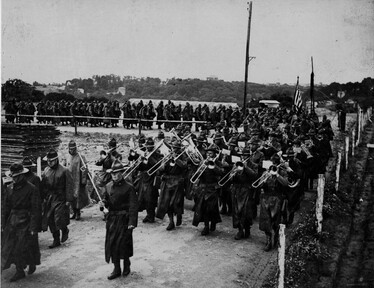 ‘Goemans was feeling more worried. Once again, his thoughts took him to the First World War. In 1917, Germany, faced with no hope of victory, decided to gamble for resurrection. It unleashed its secret weapon, the U-boat, to conduct unlimited operations on the high seas. The risk of the strategy was that it would bring the United States into the war; the hope was that it would choke off Great Britain and lead to victory. This was a “high variance” strategy, in Goemans’s words, meaning that it could lead to a great reward or a great calamity. In the event, it did lead to the U.S. entering the war, and the defeat of Germany, and the Kaiser’s removal from power.
In this situation, the secret weapon is nuclear. And its use carries with it the risk, again, of even greater involvement in the war by the U.S. But it could also, at least temporarily, halt the advance of the Ukrainian Army. If used effectively, it could even bring about a victory. “People get very excited about the front collapsing,” Goemans said. “But for me it’s, like, ‘Ah-h-h!’ ” At that point, Putin would really be trapped.
For the moment, Goemans still believes that the nuclear option is unlikely. And he believes that Ukraine will win the war. But that will also take a long time, at a cost of hundreds of thousands of lives.’

Predicting is tough, and the conclusion of this article could be heard already in march, but especially because of the details and historical comparisons it is worth your while.

What appears to be good news might not be so good news. A clear victory of Ukraine is what many people hope for, perhaps the best solution might be a war that fizzles out, slowly but steadily.