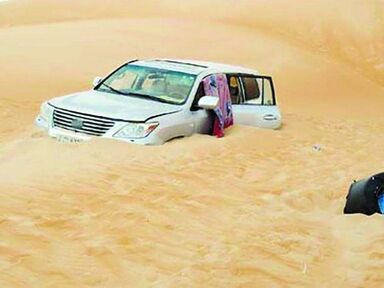 On money and morals – Jamie Grierson in The Guardian:

‘Peter Tatchell, the director of the human rights organisation Peter Tatchell Foundation, said: “The OneLove armband was the tiniest of gestures. It did not even specifically mention LGBT+ people. It was a weak campaign but even that was too much for Fifa, who have bullied the England team to not wear it.
“Two days ago Fifa’s president spoke of inclusivity but this ruling shows his true colours. I urge the team captains at their post-match press conferences to spend just 30 seconds to speak out for the rights of women, LGBTs and migrant workers. That would have a huge impact, reaching a global audience of hundreds of millions of people.” A joint statement from 3 Lions Pride and The Rainbow Wall, LGBT+ supporters groups for their respective nations, England and Wales, said: “All of us at 3 Lions Pride and The Rainbow Wall stand together in condemning the actions of Fifa today.
“In seeking to censor European FA’s and players by forcing them to abandon using the OneLove armband aimed at tackling all forms of discrimination, Fifa are guilty of crushing the basic human rights to freedom of speech and of expression that every single one of us should have without question.
“In doing so, Fifa are also guilty of silencing anti-discrimination work within the game and of giving a platform to hatred. This abuse of power by those who have chosen to remain silent for so long is a gross betrayal of trust and cannot be allowed to stand. We have no faith in Fifa, no trust in this World Cup, there is #NoPrideWithoutAll #WeBelong.”

Meanwhile, the comedian Joe Lycett has revealed that the £10,000 cash he appeared to shred as part of a protest against the treatment of LGBT+ peoples in Qatar was in fact not destroyed.

Lycett threatened to destroy the money unless the former England player David Beckham cut ties with Qatar and the World Cup, due to the country’s laws banning homosexuality.
Beckham failed to respond, so Lycett appeared to follow through with the act. But on Monday he revealed while the cash going into the shredder was real, it was not destroyed and he had in fact donated the sum to LGBT+ charities in advance.
“I would never destroy real money, I would never be so irresponsible,” Lycett said on Twitter. “It was an empty threat to get people talking. In many ways it was like your deal with Qatar, David. Total bullshit from the start.”’

Here are few other counties with laws against homosexuality:

Afghanistan, Kuwait, Pakistan, Lebanon, Iran, Palestine, Grenada, Kenia, Cameroon and Namibia (ah, my beloved Namibia), to name just a few, have also lwas against homosexuality. Some of the countries impose capital punishment as the ultimate remedy against sodomy. See here.

But alas, Iran and Saudi-Arabia are not organizing any World Cup.

They are just providing us with energy, and that is so important that Biden was willing to forget Jamal Khashoggi completely, when he traveled to Saudi-Arabia this summer.

Qatar, see yesterday’s entry, is willing to move a bit to our enlightened positions (I wonder if the people hundred years ago were as pleased with themselves as we are, I’m afraid the answer is yes). The outrage is a spectacle, heartfelt and genuine, most of the times, needless to say, but a spectacle. And the spectacle is part of the game, where the spectacle comes into being the laws of the spectacle reign.

Attention is everything, attention is money, hence this cute monster called moral capitalism: we cancel, you buy our products, and what you don’t see doesn’t exist.