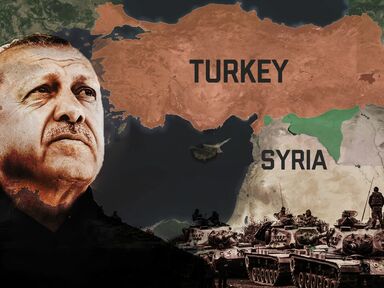 On Turkey – Zwi Bar’el in Haaretz:

‘The Turkish-Libyan agreement was the impetus for the establishment of the Eastern Mediterranean Gas Forum, whose members are Israel, Egypt, Greece, Cyprus, Jordan, Italy and the Palestinian Authority. This forum was intended to block Turkey’s ambitions of exploring for gas in the eastern Mediterranean. But Turkey wasn’t deterred, and began exploring for fossil fuels in waters that Greece and Cyprus claim belong to them.
This poisonous dispute was enough to torpedo the renewal of relations between Egypt and Turkey, but the countries decided to forge closer economic ties despite their diplomatic rift. Turkey has become the largest importer of Egyptian gas, and Turkish companies have begun investing in Egypt.
After the meeting in Qatar, Erdogan told journalists that “The historical ties between the Turkish and Egyptian peoples are very important for us. What prevents it from being so again? We have provided proof of our good intentions.” He added that their one demand of Cairo is “to establish peace in the Mediterranean, despite those who take a stance against us.” He was referring to Greece and Israel, but not only to them. European Union countries and the United States also oppose what they term “Turkish provocations in the Mediterranean Sea that undermine regional stability.” Erdogan and al-Sissi didn’t set a date for restoring relations, or even for resuming talks. Erdogan merely expressed hope that, after next June’s presidential election in Turkey, “we’ll be able to reboot relations with countries with which we have problems.” By that, he meant not only Egypt, but also Syria.’

‘A Turkish military invasion of Syria had already been on the agenda for a few months, but had been blocked by pressure from Russia and the United States. Washington is the major patron of the Kurdish forces, which it views as an effective and key force in its war against the Islamic State, and is committed to guaranteeing the security of the Kurdish population living in northern Syria. Russia is worried that a Turkish invasion will tear off another piece of Syrian territory, and harm its (so far hopeless) efforts to achieve a diplomatic solution to the war in Syria.
But the Russian invasion of Ukraine has changed the pressure exerted on Ankara. Turkey has been supplying military aid to Ukraine, which includes the sale of hundreds of armed drones that have contributed significantly to reversing the course of the war in its favor. But it is also an important economic pillar for Russia, in part because it has not joined in the sanctions imposed on the country, nor has it given its full blessing to Sweden and Finland for joining NATO.’

‘If Erdogan decides to invade Syria, it is doubtful whether Russia will stand in its way this time. The more complicated dilemma will be that of the United States. The sour relationship between Erdogan and U.S. President Joe Biden is not a new one, but the last thing the Turkish leader needs now is for Turkey to “punish” Washington, expand the scope of its cooperation with Russia or decide to leave NATO, as it has threatened in the past. Biden, who put off his first conversation with Erdogan for months, has called Erdogan an “autocrat” and made it clear “he must pay a price” for violating human rights and for the purchase of Russian S-400 anti-aircraft systems, has over the past year turned into the most enthusiastic lobbyist for the sale of new F-16 planes to Turkey.
Now Biden finds himself trapped between his desire to sell the fighter jets to Turkey and the use Turkey makes of its planes against the Kurdish forces in Syria. The new Congress might pull Biden’s chestnuts out of the fire for him and block the sale of the jets, but the president will need to cope with the consequences that such a move would have on America's relations with Turkey. For the Kurds, though, it could very well become an existential question.’

The Kurds once again will be thrown in the dust bin of history.

Russia will not stand in Turkey’s way, and Biden’s game of carrot and stick (see Saudi Arabia) is probably not going to help the Kurds.