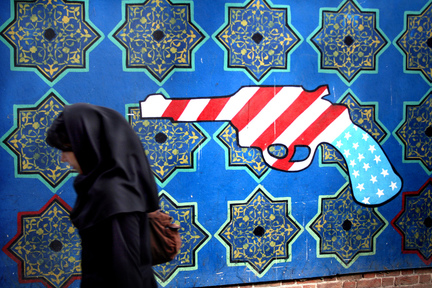 As is widely known by now Seymour Hersh writes in this week’s New Yorker about covert US operations in Iran.
What’s most telling about the article is what’s not in it: the possibility that Israel is going to attack Iran.
A few days ago the chairman of the US Joint Chiefs of Staff Adm. Michael Mullen visited Israeli Chief of Staff Lt. Gen. Gabi Ashkenazi.
Apparently they spoke about Iran.
If there’s really go to be an attack against Iran in the near future there would not be so much talk about it.
But I might be wrong: See this article.
And yet another update.
(On the picture: the former US embassy in Tehran.)