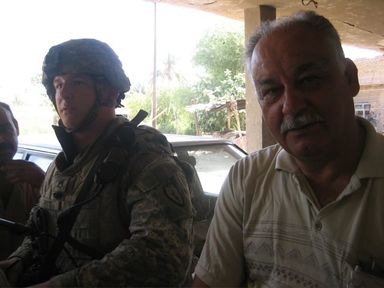 A good article in the Times about the war that never stops: ‘Before joining the Marines, Mr. Klecker drank and smoked marijuana, but not heavily, said his lawyer, Brockton Hunter. He was once stopped for drinking and driving, but the charge was downgraded to careless driving because his blood-alcohol level was just over the limit.
After Iraq, he shipped out to Okinawa and did what many marines do there: he drank — a lot. But it was not until he left the Marines and returned home to suburban St. Paul that his panic attacks, nightmares and insomnia worsened. So did his drinking. He rarely spoke about the war, and only to other veterans.’

I remember thinking while being on a very small base in Iraq listening involuntarily to some of the phone conversations the enlisted men were making to their families: the front is back home.
This was later confirmed by some of the commanders.
We are psychologists, one of them told me; we know what’s going on back home. We try to help them.
Try to imagine: fourteen months with two weeks R&R, and for many of them it’s not the first tour but the second or third.