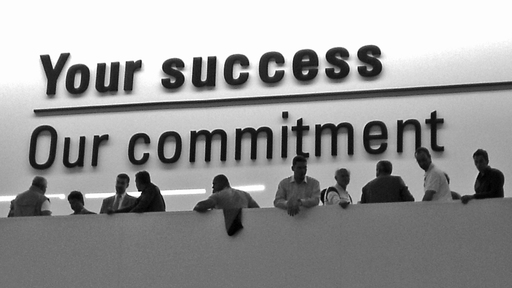 Gail Collins put a parable disguised as anecdote in a column about Obama: ‘Once upon a time, there was a woman searching for a guy who was ready to commit. One day, she met an attractive young man.
“My name is Chuck,” he said, grinning an infectious grin. “I’m planning to devote my entire life to saving endangered wildlife in the Antarctic. In five weeks I leave for the South Pole, where I will live alone in a tent, trying to convince the penguins that I am part of their flock. In the meantime, would you like to go out?” “I have just met the man I’m going to marry,” she told her friends. She had been betrayed by poor listening skills, which skipped right over the South Pole and the tent. Of course, after five weeks of heavy dating, Chuck flew away and was never heard from again.’

I was intrigued what exactly is the connection between Chuck and Obama but above all the parable made me think about commitment over breakfast.