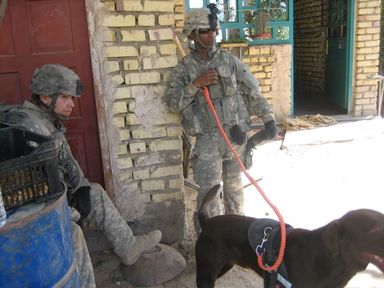 Last night I had dinner with a charming female war correspondent and my editor at the Dutch newspaper “NRC Handelsblad”. The editor alerted me to an article by Peter W. Galbraith on Iraq in The New York Review of Books: “We hear again and again from Washington that we have turned a corner in Iraq and are on the path to victory. If so, it is a strange victory. Shiite religious parties that are Iran's closest allies in the Middle East control Iraq's central government and the country's oil-rich south. A Sunni militia, known as the Awakening, dominates Iraq's Sunni center. It is led by Baathists, the very people we invaded Iraq in 2003 to remove from power. While the US sees the Awakening as key to defeating al-Qaeda in Iraq, Iraq's Shiite government views it as a mortal enemy and has issued arrest warrants for many of its members. Meanwhile the Shiite-Kurdish alliance that brought stability to parts of Iraq is crumbling. The two sides confronted each other militarily after the Iraqi army entered the Kurdish-administered town of Khanaqin in early September.
John McCain has staked his presidential candidacy on his early advocacy of sending more troops to Iraq. He says he is for victory while Barack Obama is for surrender; and polls suggest that voters trust McCain more on Iraq than they do Obama. In 2006, dissatisfaction with the Iraq war ended Republican control of both the House of Representatives and the Senate. This year, in spite of being burdened with the gravest financial crisis since 1929 and the most unpopular president since the advent of polling, the Republican presidential nominee is running a competitive race.”