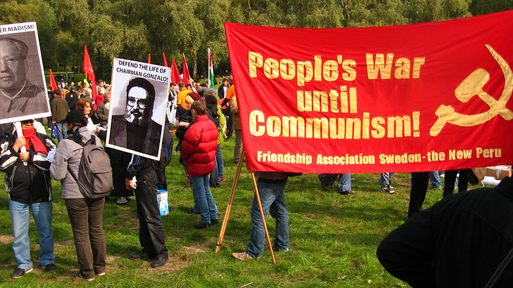 The last time I was in Peru (January 2008) some Peruvians told me that The Shining Path was gaining popularity again.
Diego Ore writes in The International Herald Tribune: “Suspected members of the Shining Path guerrilla group killed 12 Peruvian soldiers and wounded 14 others in an ambush near the mountain town of Tayacaja in southern Peru, the military said Friday.
It was the deadliest attack by suspected rebels since President Alan Garcia took office in July 2006 and came just before Garcia was forced to reshuffle his entire cabinet over a corruption scandal.
Four military vehicles returning to a base in the coca-growing province of Huancavelica were attacked in the middle of the night when a bomb was tossed in front of one truck and shots were fired into the convoy. Two civilians were killed and three were injured.
The guerrillas did not suffer casualties.”