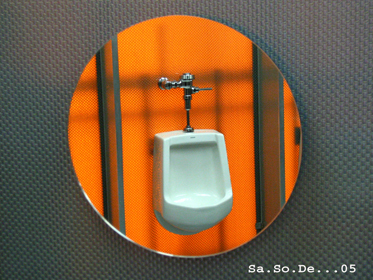 The last couple of weeks the following ad appeared on a regular basis in the International Herald Tribune : ‘Harry’s New York Bar. Our traditional thanksgiving brunch. Served from 11:30 am to 3 p.m. on November 23rd. Just tell the taxi driver, “Sank roo doe noo.” 5, rue Daunou, Paris.’ This “Sank roo doe noo” is marvelous.
Call me a snob, but I think it’s a poem and a pretty good one too for that matter.
The era of the readymade might be over, but this ad proves that the readymade fights back.
Never underestimate the power of the readymade.
As for me: Sank Roo Doe Noo is my commandment.