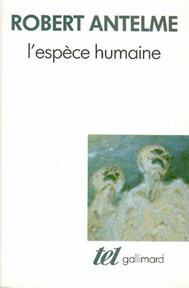 Yesterday was my final class with my “own” students in Leiden. (“Own” as opposed to the students in the Plato class, which I taught together with Eric Schliesser.)
Mr. Vogelaar, a Dutch writer, talked to the students about his book on literature and concentration camps, both in Nazi Germany and the Soviet-Union.
Mr. Vogelaar turned out to be an easy talker. He could have gone on till midnight but he captivated his audience. One student fell asleep. Later she explained that she had not slept for more than twenty four hours.
I will definitely miss some of the students.